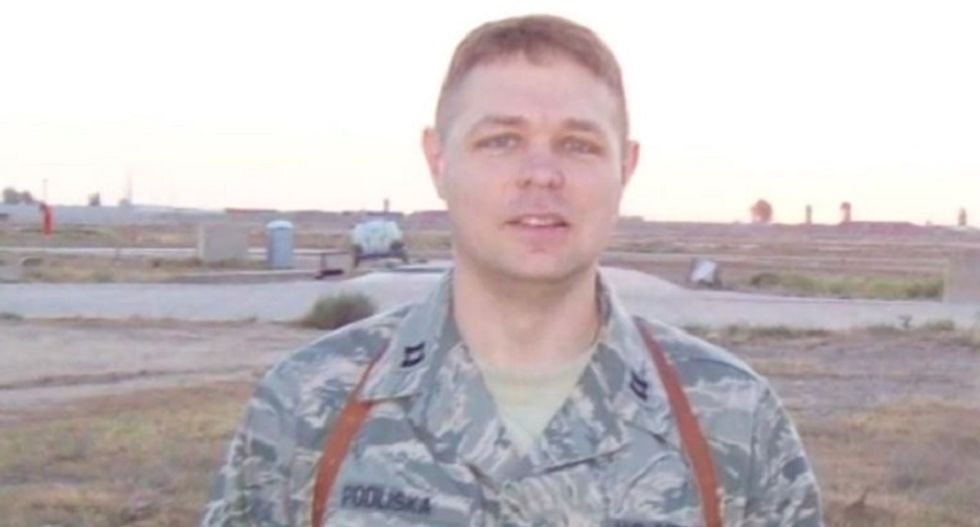 A former investigator for the House Select Committee on Benghazi and self-described conservative Republican has accused GOP members of the committee of leading an attack on Hillary Clinton, rather than an impartial fact-finding investigation, CNN reports.

Major Bradley Podliska, an Air Force Reserve intelligence officer, told CNN that after March revelations Clinton, who is a Democratic presidential candidate, used a private email server in her capacity as Secretary of State, the committee trained its sites on her.

The CNN interview will air Sunday on "State of the Union."

The committee was created in May last year with the approval of 225 Republicans and 7 Democrats with the purpose of investigating the September 11, 2012 attack on the U.S. embassy in Libya that resulted in the deaths of four Americans, including Ambassador Chris Stevens.

Podliska was fired after 10 months as an investigator for the committee. He claims it was because he resisted pressure to exclusively probe Clinton and the State Department's role in the attack. He also alleges he was fired in part for taking time away to fulfill his duties with the Air Force, which would be an illegal cause for termination, CNN reports.

The committee has "vigorously" denied Podliska's allegations and responded with the following statement sent to CNN.

"We are confident that the facts and evidence give no support to the wild imagination fueling these and any future allegations, and the Committee will vigorously defend itself against such allegations. The Committee will not be blackmailed into a monetary settlement for a false allegation made by a properly terminated former employee."

"[T]he Select Committee became little more than a partisan tool to influence the presidential race, a dangerous precedent that will haunt Congress for decades,"  he wrote. "This is all the more painful when you consider how grievously the committee has let down those families, along with the rest of the American people."

Schiff pointed out that such committees are rare and usually attached to matters of unusual importance, like Pearl Harbor, Hurricane Katrina and the September 11, 2001 terrorist attacks. Usually, the committee conclude their work in less than a year and their findings are accepted as bipartisan.

The Benghazi committee, on the other hand, was established even though eight already-existing congressional committees and the Accountability Review Board, an independent body, had already investigated the matter.

Schiff said he participated in the Benghazi investigation by the House Intelligence Committee, which debunked the "conspiracy theories" that accuse Clinton and the State Department of malfeasance.

The Benghazi committee, which is chaired by South Carolina Rep. Trey Gowdy (R) has spent $4.6 million to date, CNN reports.

"I'm scared. I'm nervous. I know that this is, you know, I'm going up against powerful people in Washington. But at the end of the day I need to live with myself," Podliska told CNN. "I told my wife, I will view myself as a coward if I don't do the right thing here."