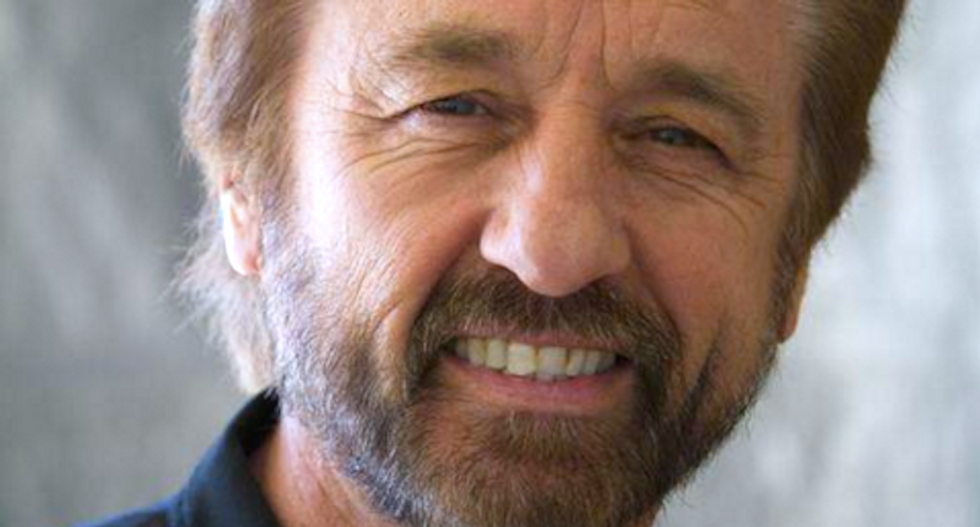 A creationist pastor mocked Hindus who were killed or injured when a religious idol fell on them as they worshipped.

One man was killed and three people were injured when a statue of the elephant god Ganesh collapsed during a worship service last month in India, and a video of the tragedy was circulated and widely reported last week.

Ray Comfort -- who is probably best known for arguing that bananas disproved evolution, at least until he learned that they were the products of artificial selection by humans -- posted a link to an article about the tragedy and urged his followers to donate to his Living Waters ministry.

"The Bible says that those who worship dumb idols, are just like them," Comfort posted on his Facebook page. "How India needs the gospel! But we don't have to go there to take it to them. We have the Internet."

Comfort's fans quickly picked up what he was laying down and praised God's wrathful judgment.

"It's interesting to me that that a crane falls on muslims in Mecca at the Great Mosque and a Hindu idol falls and crushes Hindu worshippers," posted Ryan Smith. "It's a terrible tragedy but could it be that the most high God is sending them a message? Judgement (sic) perhaps?"

"An elephant idol? The most high MADE elephants!" posted Deborah Davis. "How can people be so stupid?"

However, some Facebook users were disturbed by Comfort and his fans showing their "Christian love" by mocking dead or injured worshippers of another faith.

"I've been begging for a giant pink elephant statue to flatten me for years, so I would no longer have to share this planet with awful people like you, but I'm still alive and well, unfortunately," said Patrick Richardson. "Hopefully tomorrow is the day. This is abhorrent. And I just wanted to point out to you guys that there is a serious lack of empathy here. I hope a Jesus statue never falls on you, and you live long, unfulfilled lives with your small minded world view."

Watch Comfort explain to his friend, Kirk Cameron, how God made bananas: