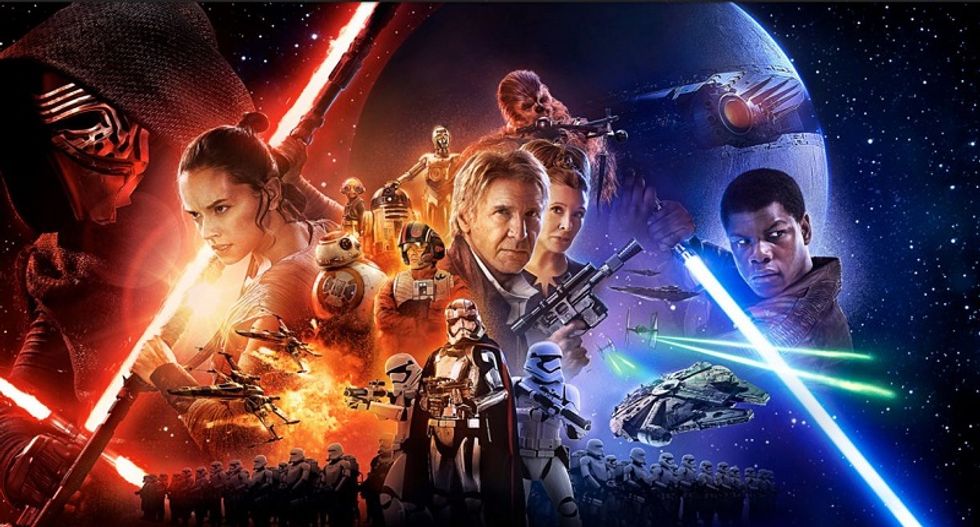 Racists who are upset because John Boyega, a black British actor, was cast in a leading role in the upcoming Star Wars sequel are claiming victory over their #BoycottStarWars campaign, even though ticket sales are so brisk they're crashing websites like Fandango and shattering records.

As Josh Dickey notes in Mashable, the vast majority of tweets using the hashtag #BoycottStarWarsVII -- 94% -- "were merely expressing outrage over its existence." And it was created in the first place to illicit anger.

The Internet troll and white supremacist known as “weev” pointed out “we’re ideologues propagating [an] agenda to millions.”

“Image matters. By branding us in the mainstream as being pro white and against genocide, they have given us the rhetorical high ground,” the user wrote Tuesday.

The user bragged that “millions of people” were exposed to the concept of “white genocide” because of the racist hashtag campaign.

The idea of “white genocide” is a paranoid attack on multiculturalism that was spawned by a 221-word “Mantra” written by the white supremacist Robert Whitaker.

According to the Southern Poverty Law Center: “Its widespread presence on the Internet is due to a small but highly dedicated group of activists who call themselves the 'swarm' and furiously propagate it online. In essence, they comprise an online flash mob, spending hours posting the Mantra in the comments section of YouTube videos, tagging it to news articles on race, and reprinting the Mantra in full on most white nationalist websites of note.”

A blog devoted to promoting the concept of white genocide wrote, “it is great to see people finally taking a stand, but it seems odd to me that people are complaining more about an anti-White movie than the actual anti-Whites who smake (sic) the law.”

Despite their claim of victory, a new trailer for the movie released this week shows Boyega swinging the iconic Star Wars weapon, the light saber. The movie is already breaking records with ticket sales with many screenings already sold out a month in advance, the Verge reports, raising the question whether the hashtag will actually help generate more ticket sales.