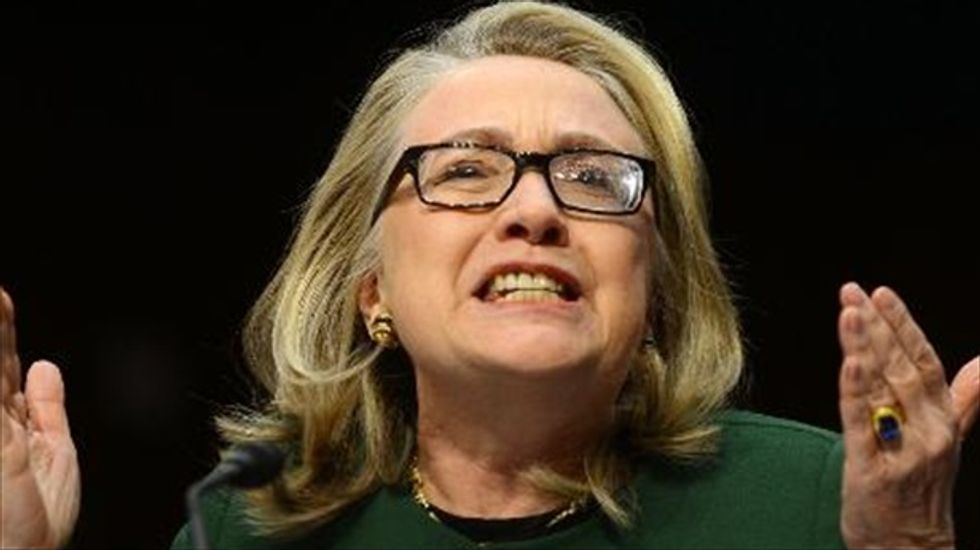 Former US Secretary of State Hillary Clinton testifies before the Senate Foreign Relations Committee on the Sept. 2012 attack on the US mission in Benghazi, Libya on Jan. 23, 2013 [AFP]

Democrats on a U.S. House of Representatives panel investigating the 2012 Benghazi attacks will discuss resigning from the committee after Hillary Clinton testifies before it this week, a Democratic panel member told Reuters on Tuesday.

"That, I think, is going to be a matter of our discussion after the hearing this week: How much longer does it make sense for us to continue to participate?" Representative Adam Schiff said in an interview.

Being part of the Republican-majority panel puts Democrats in a position to challenge Republican leaks about the long-running probe, Schiff said.

He said part of Democrats' job at Thursday's long-awaited hearing with Clinton, the front-runner in the Democratic presidential primary campaign, will be to see that the proceedings are fair.

"At the same time, you know, we lend legitimacy, by being there, to a committee that really has none," the California congressman said.

Clinton is scheduled to appear before the Benghazi committee on Thursday to answer questions about her handling of the 2012 attacks while secretary of state, her controversial private email server, and the Obama administration's Libya policy.

Four people, including the U.S. ambassador, were killed when militants attacked U.S. facilities in Benghazi, Libya on Sept. 11, 2012.

The Benghazi panel, set up after several other congressional probes of the same events, is on the defensive after No. 2 House Republican Kevin McCarthy said recently that the panel had helped to drive down Clinton's presidential polling numbers.

Democrats had been reluctant to join the committee when Republicans set it up last year, fearing it would be a largely political exercise. After McCarthy's remarks, House Democratic Leader Nancy Pelosi said Democratic participation could end.

"We've been discussing this for some time now, as the true intent of the committee becomes more and more obvious. And I think those conversations will intensify after this week," Schiff said. The panel has seven Republicans and five Democrats, and is chaired by Republican Trey Gowdy.

A spokesman for Democrat Adam Smith said Monday he would stay on the panel "to be in the room to defend the truth."

In recent days, partisan wrangling over the panel has intensified, with Democrats rejecting a Republican charge that Clinton mishandled secret information on her private email server.

President Joe Biden will set a target on Thursday that half of all cars sold in the United States by 2030 will be zero-emission vehicles, the White House announced.

Biden's plan follows the dramatic loosening of many environmental regulations and climate protections under the Donald Trump administration.

Singer and businesswoman Rihanna is worth a whopping $1.7 billion, Forbes said Wednesday, making her one of the richest woman musicians on the planet.

The R&B songstress parlayed success in the singles charts into a huge make-up and fashion empire, with earnings that now dwarf those of other music megastars like Madonna and Beyonce.