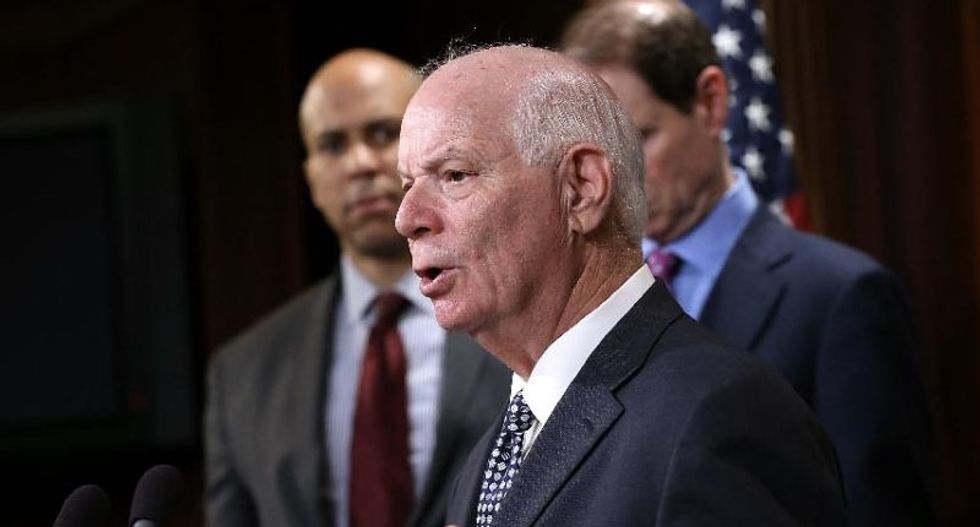 Acutely aware of Republican fury over the Iran nuclear deal, US Senate Democrats introduced a plan Thursday that helps prevent Tehran from cheating on its obligations under the agreement and boosts security for Israel.

The measure is sponsored by nine Democrats, including senior Senators Ben Cardin and Chuck Schumer, who both opposed the landmark accord that reins in Iran's nuclear program in exchange for an easing of sanctions.

Congress endured a brutal, weeks-long debate over the nuclear agreement. With every Republican voting against, the deal earned a majority of disapproval in Congress, although Democrats were able to prevent the pact from being blocked.

"We are concentrating on tomorrow, not the past, to ensure that the agreement is enforced, that Iran is permanently prevented from obtaining a nuclear weapon. That's our objective," said Cardin, top Democrat on the Senate Foreign Relations Committee.

Sponsors said the Iran Policy Oversight Act would allow for tracking of funds that Iran gained from sanctions relief under the deal, to monitor whether or not the tens of billions of dollars is used for nefarious purposes including financing terrorist operations.

"We need to watch those funds like a hawk, and ensure that they're not going to fund terror in the Middle East," Schumer said.

While the accord would lift economic sanctions, the new legislation reaffirms lawmakers' commitment to maintaining Iranian sanctions related to terror financing and human rights abuses.

And it "reassures that our allies, especially Israel, will be provided with enhanced assets needed to deter Iran," Senator Richard Blumenthal said.

The measure reaffirms the use of the military option to ensure that Iran does not develop a nuclear weapons capability.

It also would require the US administration to present a strategy for countering Iranian threats in the Middle East every two years, as well as reports detailing Iran's use of funds gained through sanctions relief, its nuclear research and development activities and nuclear weapon capability breakout time.