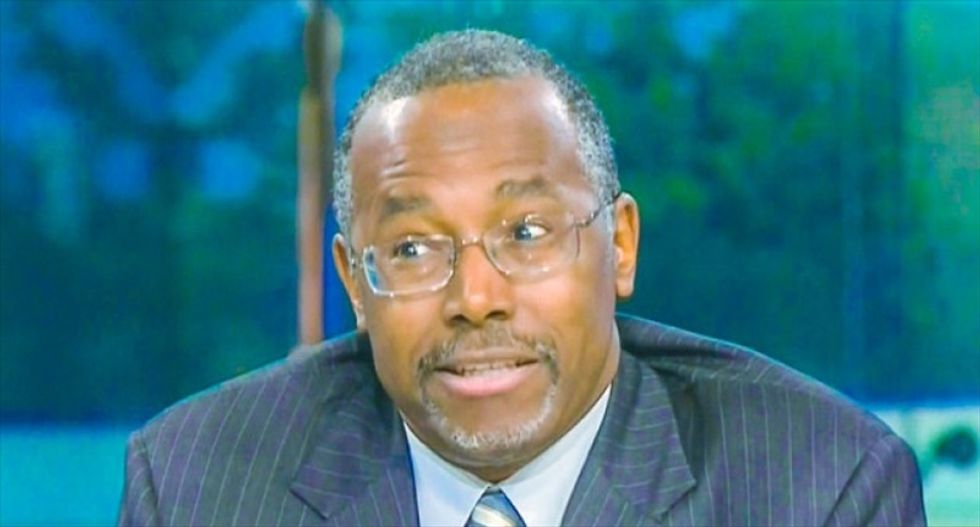 Republican presidential candidate Ben Carson says he will not be silenced or corrected by critics who disapprove of his recent statements or quibblers who claim that the things he says are factually inaccurate.

In an interview with The Hill, the former pediatric neurosurgeon said that he isn't going to let any naysayers cramp his off-the-cuff style.

“I want people to see me as an honest person, a person who is actually willing to express what they believe” Carson said. “The way I look at it, if people don’t like that, I’d rather not be in office. I don’t want to be in office under false pretenses, just saying things people want to hear so I can get elected.”

Carson has famously said that prison turns people gay, that a Muslim person should never be president, that the 1950s version of the Pledge of Allegiance proves that America is a "Christian country" and that if Jews in Nazi-Occupied Europe had owned more guns, Hitler couldn't have herded them to death camps and confiscated their possessions.

He called Obamacare the worst thing that's happened in America "since slavery" and accidentally revealed on a recent episode of the public radio program Marketplace that he does not understand the difference between budget deficits and the national debt.

The candidate says he is not deliberately making sensational remarks, the media just interprets them that way.

Not all Republicans are as enamored of the soft-spoken former physician.

“I respect Dr. Carson for his accomplishments in life, but he’s not prepared to be president of the United States,” said Fergus Cullen, ex-chairman of  the New Hampshire GOP to the New York Times. “I don’t take his policy comments seriously.”

Leon Wolf at the right-wing blog RedState.com, wrote: “It is time to become concerned with the personal diligence of Ben Carson, with respect to the preparation he has put into running for president.”

The Anti-Defamation League released a statement in response to Carson's remarks about the Nazi persecution of Jews that said: “The notion that Hitler’s gun-control policy contributed to the Holocaust is historically inaccurate. The small number of personal firearms available to Germany’s Jews in 1938 could in no way have stopped the totalitarian power of the Nazi German state.”

Nonetheless, as their candidate soars in the polls, his aides are opting to let their boss speak his mind and "let Carson be Carson."

“Even though I tend to be soft-spoken I’ve never been a shy, retiring flower,” Carson said to The Hill.   “The purpose [behind what I say] is to help move our country in the right direction and save the country for the next generation. That’s what I’m talking about. And I need people to be behind that in order to accomplish that, so I have to tell the truth."