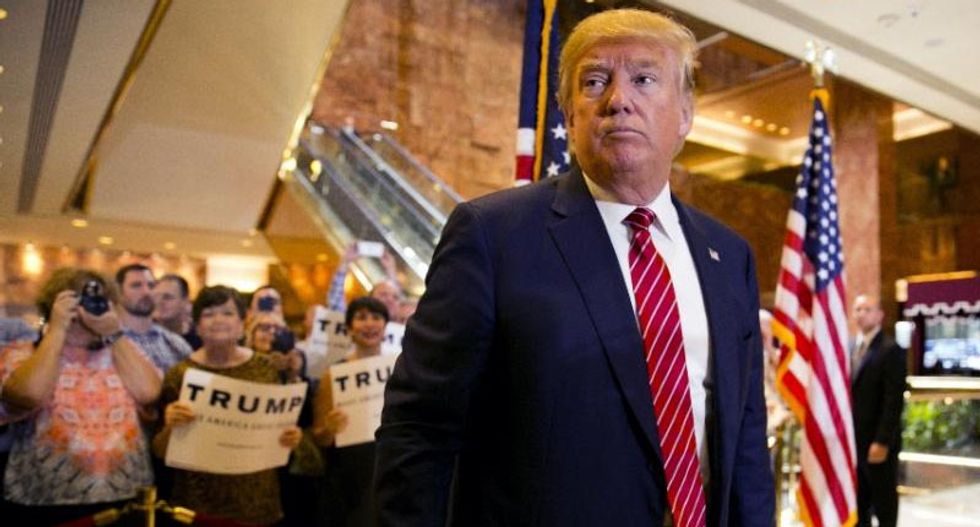 Republican US presidential frontrunner Donald Trump said gun laws "have nothing to do" with the spate of mass shootings plaguing the United States and that similar tragedies are simply a fact of life.

"No matter what you do you will have problems and that's the way the world goes," he said in an interview that aired Sunday on ABC's "This Week."

The comments followed the shooting of nine people this week by a gunman who opened fire on a community college classroom in Oregon.

In response to the tragedy, President Barack Obama said that violence wasn't something inherent in the American character but that access to guns is.

Obama, calling for stricter gun laws, said the problem could only be solved when people who are disturbed "can't easily access weapons that can perpetrate mass violence on a lot of people. Because that's what other countries do."

Pressed multiple times during the interview, Trump declined to offer a possible solution, suggesting violence was inevitable and that "gun laws have nothing to do with this."

"This isn't guns, this is about really mental illness," Trump said, but suggested that even better mental health programs would ultimately fail.

"Even if you had great education having to do with mental illness, you educate the community -– still, you're going to have people that slip through the cracks," he said.

"So you're going to have problems. It's unfortunate," Trump added.

Trump's comments echoed those of fellow Republican presidential hopeful Jeb Bush, who said, in reference to calls for stricter gun laws following the shooting in Oregon, "Look, stuff happens. There's always a crisis and the impulse is always to do something, and it's not necessarily the right thing to do."

There have been 297 mass shooting incidents in which four or more people were shot in the United States so far this year, according to data compiled by the website Mass Shooting Tracker.