Drug smuggling, rape and torture: These 5 Saudi royals all did things commoners would be executed for 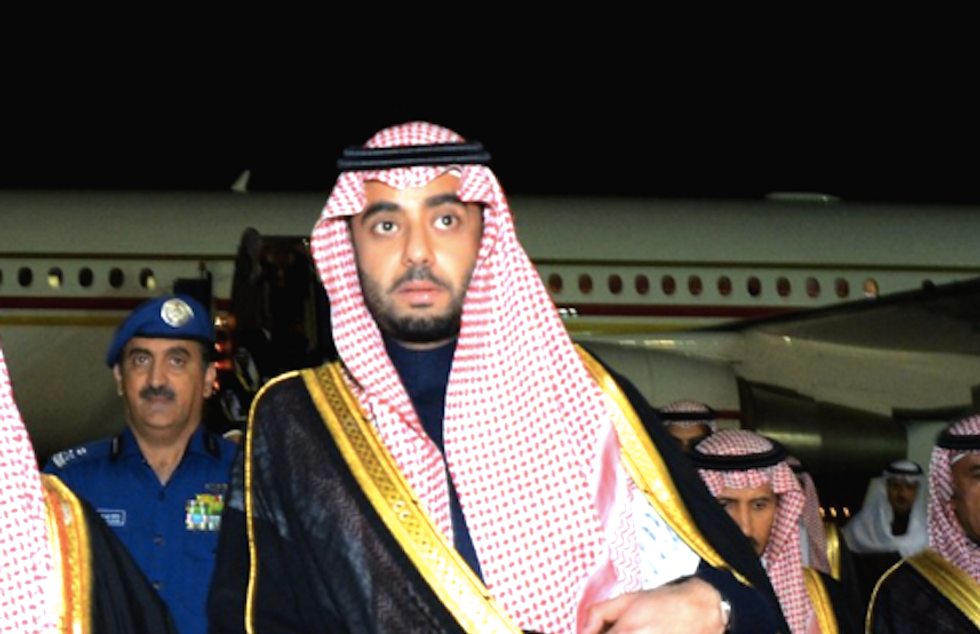 The recent arrests of two Saudi Arabian princes -- one for smuggling literal tons of illegal drugs in his private plane and one for a series of sexually abusive incidents involving his employees -- call attention to a long and august tradition of fabulously wealthy people from the highly religious Islamic monarchy acting in absolutely horrible ways.

On Monday, Saudi prince Abdel Mohsen Bin Walid Bin Abdulaziz and four associates were caught at the Beirut airport attempting to carry "two tons of Captagon pills" into Saudi Arabia as well as a quantity of cocaine.

Captagon is the brand name for fenethylline, a combination of the stimulants amphetamine and theophylline. Sources in the Middle East say Captagon is fueling fighters on both sides of Syria's bloody civil war.

The Guardian said that the drug was first synthesized in the 1960s to treat "hyperactivity, narcolepsy and depression," but was ultimately banned as too addictive. It remains wildly popular in the Middle East, but virtually unheard-of anywhere else.

Last week, in Los Angeles, 29-year-old Majed Abdulaziz Al-Saud was arrested on suspicion of "forced oral copulation" of an adult and other charges.

Al-Saud is accused by three anonymous female employees of going on a violent, debauched rampage in which he attacked male and female aides and house workers, forcing them to strip on command and perform sex acts against their will.

The arrests echo other instances of wealthy Saudis running afoul of the law, including the case of 27-year-old Monsour Alshammari. Alshammari was apprehended at the U.S.-Mexico border attempting to flee the country to escape prosecution on rape charges in Utah.

According to the Salt Lake Tribune, Alshammari is related to Saudi royalty and U.S. authorities say that if he is allowed to return to that country, they will lose the ability to extradite and try him.

In 2013, a Saudi princess named Meshael Alayban was arrested in Irvine, California on charges that she imprisoned and abused a Kenyan house servant. The L.A. Times said that the victim accused Alayan of imprisoning her and treating her as slave labor.

In 2010, a wealthy Saudi couple was accused of torturing a 49-year-old Sri Lankan maid by hammering 24 hot nails into her flesh when she complained about her workload.

Also in 2010, Saudi Prince Saud bin Abdulaziz bin Nasir Al-Saud was jailed for life after bludgeoning his manservant Bandar Abdulaziz to death in London. During Nasir Al-Saud's trial it came to light that the man he murdered was also his partner.

The BBC noted that the 34-year-old prince spent more of his time in court arguing that he isn't gay than he did denying the murder.

The oil-rich nation is a theocratic monarchy which is rigidly controlled by the House of Saud, a royal family with thousands of members, the majority of whom wield outsized wealth and influence over a population boasting one of the widest gaps between rich and poor on the planet.

Some 15 of the 19 9/11 hijackers were from wealthy Saudi families and former al Qaeda head Osama bin Laden also hailed from the richest districts of Riyadh, the Saudi capital.

The country is governed by Islamic law and its criminal justice system regularly executes offenders by means of beheadings, firing squads and crucifixions. An August report said that the Saudi government is executing one person every two days for crimes as various as "drug trafficking, rape, murder, armed robbery and apostasy."