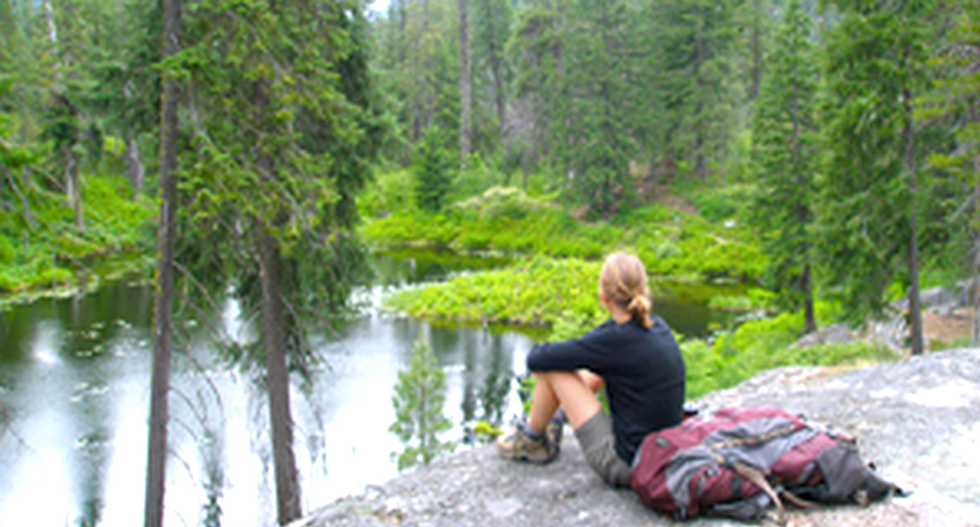 The federal government is under pressure to rename a Washington lake for a black prospector instead of the racial slur that likely refers to him.

State officials agreed to change the name of Coon Lake and Coon Creek after a Seattle man convinced them the designation was intended as a racial slur against Wilson Howard, who worked claims and lived in the area in the 1890s, reported Crosscut.

The state's board of geographic names officially changed the names to Howard Lake and Howard Creek in 2008, but the National Park Service continues to oppose the changes.

The racial slur persists on federal maps, databases and mapping software -- and at least one activist said he was "pissed off" about it.

“That’s shocking,” said Eddie Rye Jr., who has met with members of the Congressional Black Caucus in Washington, D.C., to push for the name change.

The federal government specifically bars derogatory names, but NPS officials said they aren't certain "coon" referred to a black miner in an almost entirely white community more than 100 years ago -- when newspapers regularly used the racial slur in reference to black people.

However, as Crosscut reported, a creek in the same county was renamed from N****r Creek to Negro Creek in the 1960s, and then again in 2009 to Etienne Creek after black prospector Antoine Etienne -- a freed slave who found gold there.

Rye has been joined in his efforts by 50 state lawmakers, including one Republican, who wrote to Sens. Patty Murray and Maria Cantwell, both Democrats, asking them to intervene in the matter.

The lawmakers complained that NPS officials had blocked action within the U.S. Department of the Interior to change the name of the lake, creek and hiking trail within Lake Chelan National Recreation Area, which is part of the North Cascades National Park.

"In continuing to oppose the name change, the Park Service is failing to recognize Mr. Howard’s historical contribution to the area and is perpetuating a geographic name that is widely seen as pejorative given its specific origin in this case," the lawmakers wrote.

Jonathan Rosenblum, who convinced state officials the name was a racial slur, said he was encouraged after President Barack Obama restored the name of Mt. McKinley to its original, Native American name of Denali, which Alaska state officials had long sought.

Obama's secretary of the interior, Sally Jewell, grew up in Washington state and has the authority to make the change herself, but a spokesman said the secretary “is not going to become the court of appeals” on name change requests.

The National Parks Service, which will celebrate its 100th anniversary next year, has been criticized for its low percentage of minority visitors.

There's another Coon Lake, in Anoka County, Minnesota, that is supposedly named for the raccoons that hunted along its shore.