Florida cop: Racist and sexist remarks that got me fired were part of job culture 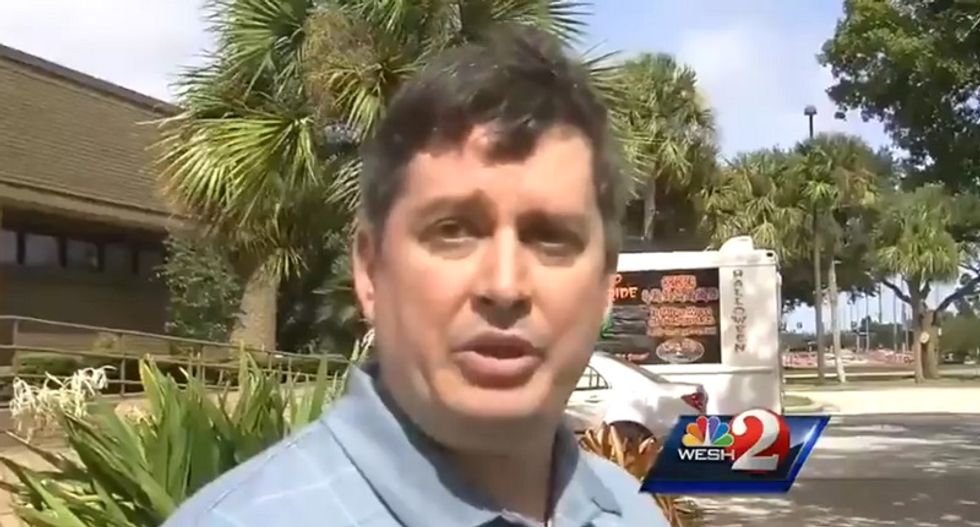 A Florida former police officer fired for racist and sexist behavior admitted he made mistakes, but said his behavior was part of the police department culture.

Blake Lanza, a former sergeant for the Melbourne police department, said his subordinates were out to get him, according to WESH. He is accused of forcing a female officer to do jumping jacks in front of an all-male CPR class and calling an African-American subordinate officer "Token" and "Chocodile," News13 reports.

"You frequently belittled a female subordinate officer in front of other officers concerning her weight and eating habits, her upcoming marriage, and your prediction of its imminent failure, and your prediction of her eventually 'cheating' or engaging in extramarital affairs. You repeatedly belittled and embarrassed an African American subordinate officer by calling him 'Token' and [another insulting name]."

Lanza admitted to making the comments but told WESH it was all part of the police department's culture of "off-color" humor. He also said some of the statements he is accused of making were either not true or taken out of context.

"Everybody has something to gain from the investigation that went ahead and took place," he told the station.

Lanza tried to keep his job, but was fired Thursday morning, News13 reports.

"After careful consideration of the information you and your attorney presented and the facts contained in the internal investigation, I am convinced that any decision I make short of your separation from the department will only lead to a caustic work environment for you and the employees impacted by your actions as brought to light in this investigation," Mimbs wrote in a letter to Lanza.