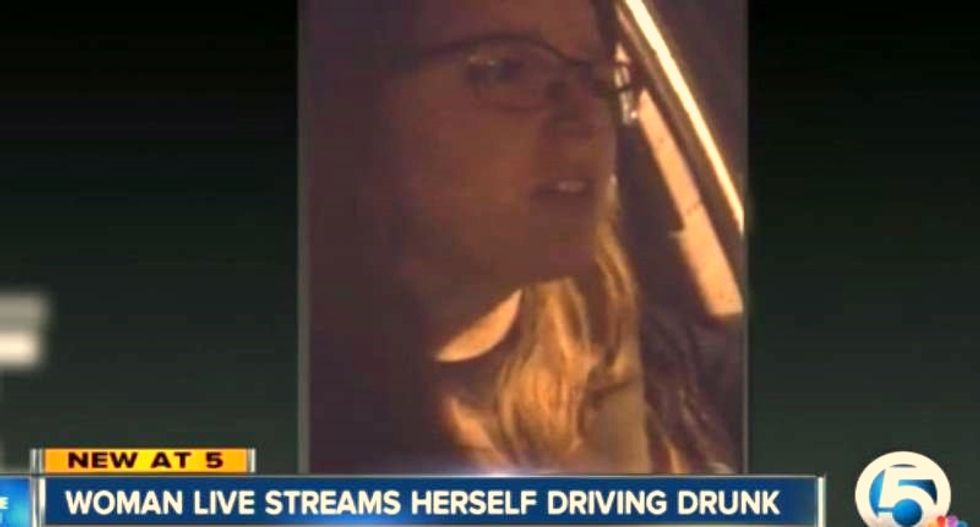 A 23-year-old Florida woman was arrested and charged with drunk driving after streaming video of herself and outright saying that she was driving under the influence, the Orlando Sentinel reported.

The footage, which was aired on her phone through the video app Periscope, shows Whitney Marie Beall saying, "I am f*cking drunk, and this is horrible. I don't even know where the next gas station is, this is horrible."

Police in Lakeland, where the woman was driving, began receiving emergency calls not long after Beall started her 10-minute broadcast. One officer used his own Twitter account to locate her by using local landmarks as a guide.

WTSP-TV reported that authorities spotted Beall's Toyota Corolla with a flat left front tire. When they tried to initiate a traffic stop, she allegedly ran into a curb with her other front tire but failed to brake.

Beall was taken to jail after failing a field sobriety test and refusing to take a breathalyzer.

"I got to tell you I was a little shocked," police spokesperson Sgt. Gary Gross said. "After 30 years of law enforcement I hadn't seen anything like this before."

Watch a report on Beall's arrest, as aired on WPTV-TV, below.