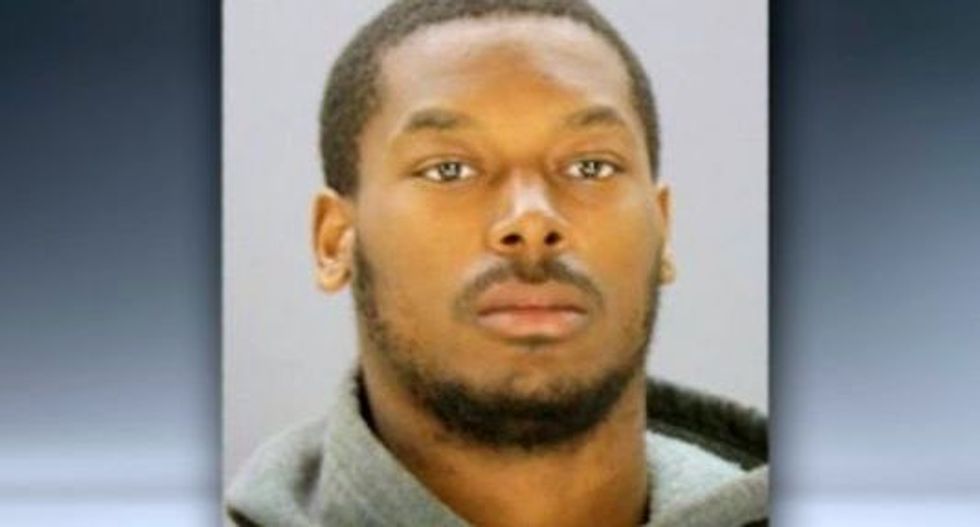 A former Texas A&M University football player has been arrested on suspicion of slashing a jogger to death with a "large blade knife" on a popular Dallas hike-and-bike trail, police said on Tuesday.

Thomas Johnson, 21, a wide receiver on the Texas A&M football team in 2012, was arrested shortly after the attack on Monday morning on White Rock Creek Trail and confessed to the crime, police said.

He was charged with murder and held in Dallas County Jail on Tuesday on $500,000 bail. No lawyer was listed for him in jail records.

Police said the male jogger, between 25 and 35 years of age, was not carrying identification.

"He was found on the trail with injuries consistent with a large-edged weapon,” Dallas Deputy Police Chief Rob Sherwin told a news conference.

Multiple people saw the attack and called police. The jogger was taken to a local hospital where he died.

Johnson was a freshman wide receiver for Texas A&M who went missing from the College Station campus in November 2012, a few days after catching three passes in the Aggies' upset victory over then-No. 1 Alabama.

Johnson resurfaced three days later unharmed in Dallas and never returned to play college football. He had been a standout football player at Dallas Skyline High School. After leaving A&M, he was arrested and charged with burglary and auto theft in Dallas County in 2014.