Fox News guest: Democratic party run by 'estrogen cabal" who will crush anyone in Hillary's way 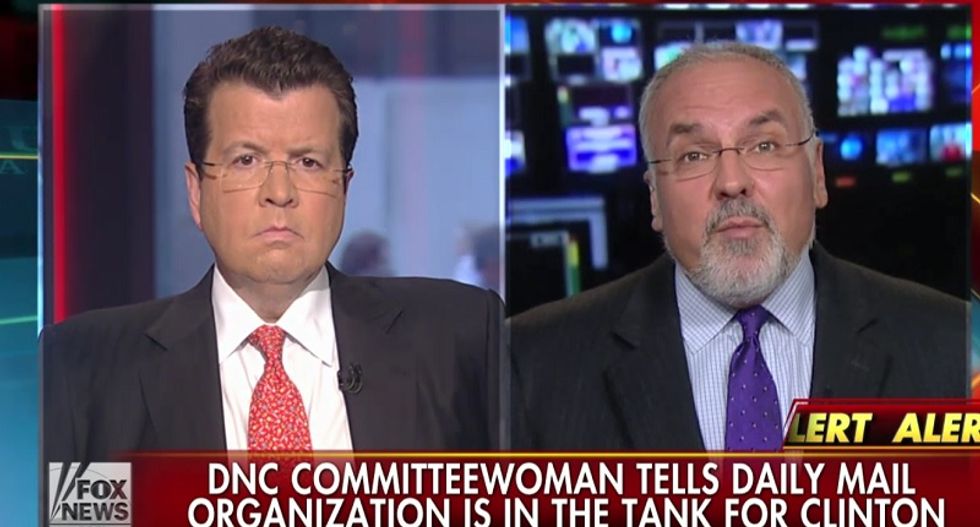 What happens in Vegas apparently doesn't always stay in Vegas.

Fox News guest David Martosko said the Democratic National Committee is controlled by an "estrogen cabal" of women and they want to clear the path for candidate Hillary Clinton at all costs, just because she's a woman, Jezebel reports. He got the information at a Las Vegas casino bar from an unnamed source.

The Daily Mail political editor told "Your World" host Neil Cavuto the source was a female member of the DNC "from a very blue state" who approached him at the bar while he was in Vegas covering the Democratic primary debate.

"The crazy things you hear in casino bars in Las Vegas," Martosko said. "Her story was, very simply, that the women at the top of the DNC are kind of an estrogen cabal, if you will -- have made it their mission from early on to clear the path for Hillary Clinton and make sure none of her male challengers had a reasonable chance of knocking her off her perch."

He went on to point out that a "majority" of the DNC's leadership positions are held by women.

"It s a very female-heavy organization, which is great," Martosko said.

But the source told him the DNC is "backing a woman because she's a woman, and that might prove problematic down the line if Hillary implodes under the weight of her legal troubles."

Cavuto chimed in with a bit of a conspiracy theory, saying, "It would kind of make it about the way the other candidates behaved  toward Hillary Clinton in the debate itself... then we had Bernie Sanders' famous 'I don't care about the damn emails' remark, as if it was orchestrated."

Martosko also said that the party's decision to keep the number of primary debates down at six signifies it's trying to give Clinton fewer chances to make errors.

Watch the interview, as posted to Fox News, here: