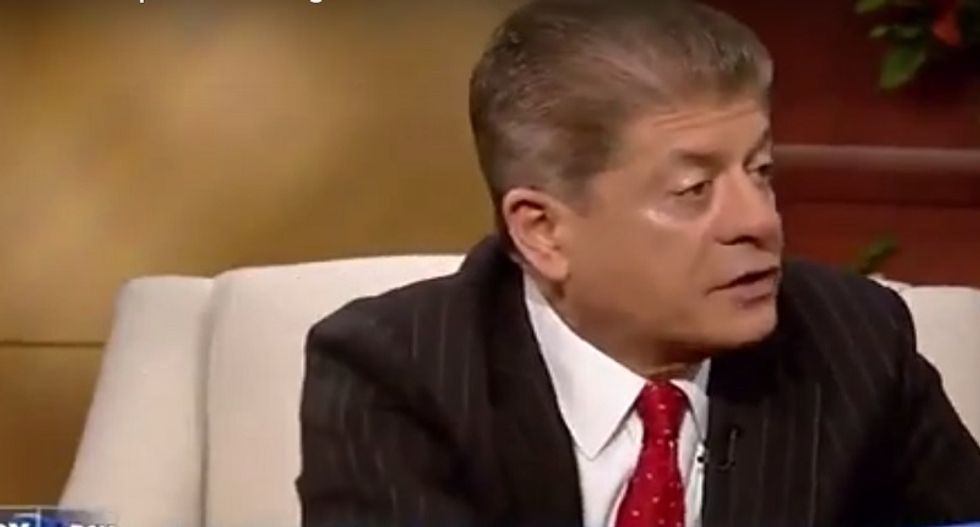 Voting seems to be the crucial ingredient of democracy -- as in, without every citizen empowered to vote, it ceases to be a democracy.

Not so, according to Fox News analyst Andrew Napolitano. Decrying California's new law that will automatically register people to vote when they get driver's licenses, Fox News host Steve Doocy raised fears that the law would let undocumented people "sneak" into citizenship, Mediaite reports.

"There's a lot of debate, without getting too academic about what the right to vote is," Napolitano said. "Is it a fundamental right that comes from our humanity like thought and speech and association and worship and self-defense? Or is it a privilege given by the government? In my view, the Supreme Court has wrongly said it’s a fundamental right."

He then went on to say California will allow people to vote who "aren’t qualified by law to vote."

According to the New York Times, only qualified voters will be registered, and Californians can opt out of registering if they wish. California Gov. Jerry Brown enacted the law to counter record low voter turn out, following in the footsteps of Oregon, which has similar legislation.

"There will be a huge influx of new voters, and that’s good for our democracy,” California Secretary of State Alex Padilla told the Times. “We want to serve as a contrast to what we see happening in other states, where they are making it more difficult to register or actually cast a ballot. I think that’s flat out un-American, and we can show a different, better way with the automatic registration system.”

Padilla was referring to states that have created obstacles to voting, like Alabama. The state has voter ID laws and earlier this month announced it would stop issuing photo IDs and drivers licenses in counties where the vast majority of registered voters are black.

Watch the comments, as posted to YouTube by Breaking24News, here: