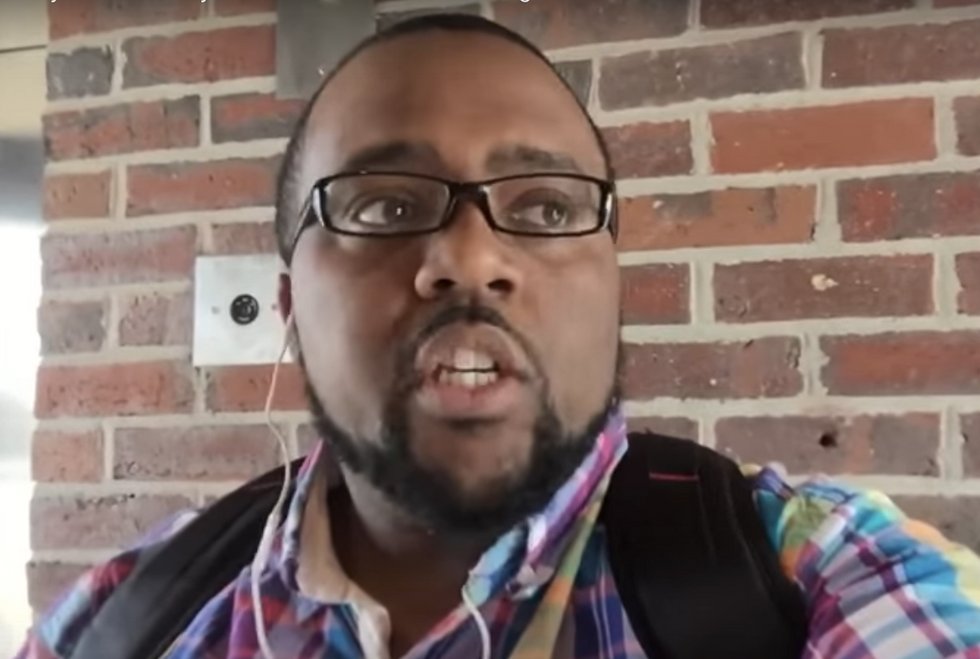 Talk show host and activist Benjamin Dixon released a video on Tuesday titled "When your friend becomes a hashtag" about the death of Florida drummer Corey Jones, who was killed in an altercation with Palm Beach Gardens Police in the early hours of Sunday morning.

Jones was returning home from a performance when his vehicle broke down and left him stranded on the shoulder of Interstate 95. Police say that when they encountered Jones, he was armed, but they are not releasing key details about the shooting in spite of pleas by Jones' family and friends.

However, certain information is leaking out, according to WPBF, who said that Jones' family has retained civil rights attorney Benjamin Crump. The officer who shot Jones to death, Nouman Raja, was working a plainclothes investigation at the time.

Sources in the Sheriff's office say that Raja discharged his weapon five times in two separate bursts of fire, one at Jones by his vehicle and again as Jones attempted to run away.

"I wanted to take a minute to talk about my friend Corey Jones who was killed by a police officer in Palm Beach Gardens, Florida on Sunday morning," said Dixon in his video, which he released as a companion piece to the podcast episode, When someone you know becomes a hashtag, embedded below.

"Corey was a good guy," Dixon said. "Corey was the best of guys."

He went on to say that he has know Jones for 10 or 12 years, that he now can't remember exactly when they met, but that they had played together in church bands on Sundays.

"Corey was accomplished," he went on. "Corey was a college graduate. He was working for the city. He was an accomplished musician, he was a family man. He took care of his responsibilities."

"He was a young guy starting his life out, doing everything right," said Dixon, "in church every Sunday, doing all of the things that the system says you should do, and that still did not stop the police from killing him."

Activists and others have said the same of Sandra Bland, a black, college-educated university employee who was pulled over for an improper lane change in Texas and was found dead in her jail cell three days later.

"No matter what story they have to concoct to get this police officer off," Dixon said, "when you know somebody, you know them."

The only reason the man he knows would engage a confrontation with a weapon would be a situation in which Jones felt his life was in danger, explained Dixon.

He went on to say that when someone you know is killed, to see their name become a rallying cry among a community of activists, "you're just grateful that there are people out there with platforms that can hold the system accountable, that even if they get away with it -- because they still tend to get away with things -- they don't get away with it as easily."

Listen to the full podcast: