Get off my beach! How the wealthy are blocking access to California's public coast 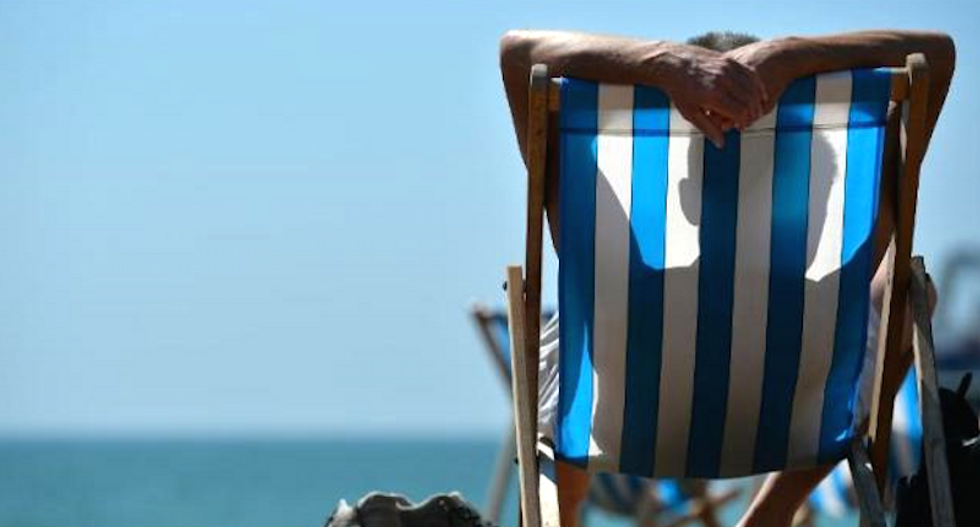 After a long day of work in Los Angeles or San Francisco, many Californians flock to the beach for some well-earned relaxation. The ocean waves and sandy shores of the coastline are a luxury afforded to everyone – young, old, rich and poor – who lives in the Golden State. But according to the California Coastal Commission , this sunny ideal is under threat.

Complaints have been streaming in about security guards, hired by wealthy beachfront homeowners, removing beach-goers from public beach areas with claims that they are private.

One report detailed one man’s account of being told to leave a public area along Escondido beach in Malibu. Looking forward to a day of relaxation, the man, who declined to make his name public, formally complained to the commission that he barely had the chance to spread his towel on the sand before being accosted by a security guard and told he had no right to be there. When he returned the following week the security guard called the sheriff, who swiftly threatened him with a citation.

The episode is far from unusual, according to the commission. For years there have been ongoing battles between the commission and wealthy homeowners with beachfront properties who appear determined to keep the public away from the vicinity of their homes, even when they are free to be there.

Homeowners have employed several tactics to try to keep their beachfront properties private. A recent example of a case in Malibu involved a property owner charging people $40 to walk on the beach, and banning surfing unless the person was a resident or a friend of a resident. Others have blocked public walkways down to the shore with signs warning visitors to “keep off” or not to “trespass”. In 2013 the Guardian reported how entertainment mogul David Geffen had deliberately restricted public access to the beach near his home in Carbon Beach.

Noaki Schwartz, a commission employee, was asked to do some reconnaissance following a stream of formal complaints from the public, including tourists and locals, about being denied access to areas along Escondido beach.

She had been on the beach just a few minutes when a tall, uniformed security guard approached. He told Schwartz she was trespassing on private property and “threatened” her with a $1,500 fine and a court citation if she didn’t leave.

“At that point I pulled out the maps that I had and I said, ‘You know, this is a public area,’” Schwartz recalled.

But the guard disregarded her insistence. After telling her she needed to provide legal proof she had a right to be there, the guard left and returned 20 minutes later with two sheriff’s deputies who swiftly advised Schwartz that the beach was not for public use.

“Then I got a bit unsettled,” she remembered. “As brave as I like to think I am I just kind of started shaking a little bit and started getting a little nervous.”

Some portions of California’s beaches are in fact privately owned, but according to the California Coastal Act public access begins where the sand is wet (below the mean high tide line). Most beaches are either entirely accessible by the public or, as is the case in Escondido, privately owned but have stretches including walkways from the street which are open to everyone.

Longtime campaigner for public access Sara Wan, a member of the Coastal Commission for 15 years, argues that what has been happening is tantamount to “homeowner harassment”.

Wan has experienced this kind of “harassment” firsthand. In 2003 she was told by deputies and a security guard in Malibu that she was on a private beach when she wasn’t.

Wan says that this is about more than just who has the right to sunbathe where. A creeping segregation of the very rich and the rest is being permitted to take place along the coast if those thwarting laws are not challenged.

“It’s intimidating. Even if it’s not the sheriff, if it’s the security guard. If someone comes up to you in an official capacity and says you’re not allowed to be here, most people will leave.”

Violations have persisted despite initiatives to counter them. Efforts to ensure right of way include a number of state and local agencies endeavoring to deliver more access points , while the commission has been actively promoting areas that are publicly accessible via printed and online maps. One app launched via Kickstarter , Our Malibu Beaches, now charts how to enter all the beaches in the area.

In 2014 the commission was handed what Schwartz calls “a game changer” when the state legislature passed a law granting it powers to fine perpetrators of access violations $11,250 per day each time they flouted the rules.

This has had a huge impact on the commission. After sending warnings to violators and informing them of the new law, more than 80% of its cases in the last year are now “moving toward resolution or are resolved”.

So far the commission hasn’t had to issue a fine under the new powers. The warnings have been sufficient to prompt a degree of cooperation from most homeowners.

Wan says the legal backup has been valuable but adds that the public would be guaranteed much better access if they were routinely backed by local sheriff’s departments.

“One has to question why the sheriff’s office doesn’t seem to know what the law is,” she said. “If a sheriff is supposed to enforce the law, they should know what that law is.”

A spokesman for the sheriff’s office whose deputies had asked Schwartz to leave the beach in Malibu said it was not their practice to expect members of the public to prove they were in a public area.

He said the onus was on homeowners to prove the area was private, adding that the department was having ongoing discussions with the commission about access issues.

Linda Locklin, who handles many of the complaints at the commission, says she’s hopeful that discussions with sheriffs’ departments bear fruit. “It’s not going to be fixed forever but I think we’re making great strides after some very ugly incidents.”

On a grander note, Schwartz concludes that whether it’s access to beaches, trails or other public spaces, “it really goes to a fundamental place. Deep in the American core we just have this idea that the public have certain rights and certain freedoms and I think [that] is why this resonates with people.”