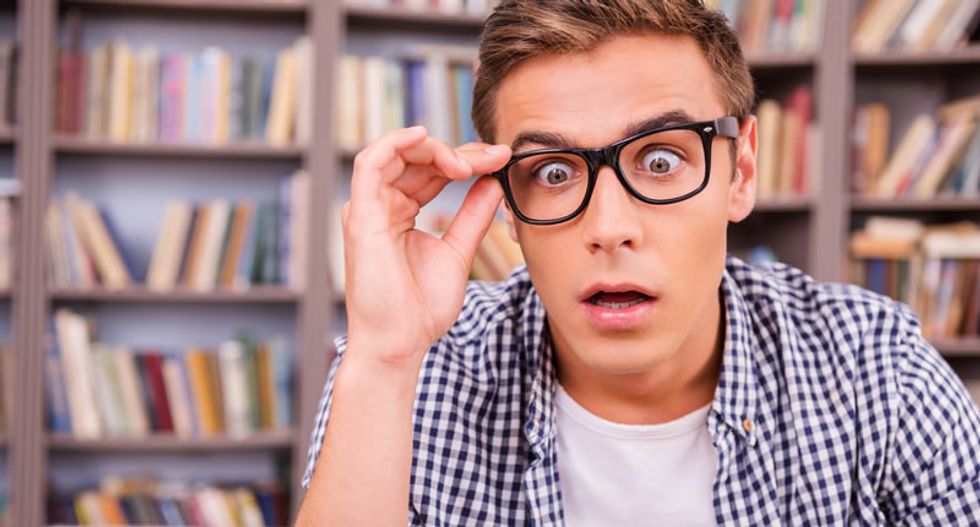 A bill being offered by two Wisconsin Republicans would ban transgender students from the bathroom corresponding to their gender, and would let parents of other students sue schools if they believe people using the bathrooms are "up to no good."

The Wisconsin State Journal reported that GOP sponsors Rep. Jesse Kremer and Sen. Steve Nass claimed that they were offering the bill to clarify policy and protect students' privacy.

“This bill reinforces the societal norm in our schools that students born biologically male must not be allowed to enter facilities designated for biological females and vice versa,” Kremer explained in a memo to lawmakers this week.

Under the bill, gender would be defined as “the physical condition of being male or female, as determined by an individual’s chromosomes and identified at birth by that individual’s anatomy."

Kremer told The Wisconsin State Journal that he wanted to protect female students from someone posing as a transgender student who was "up to no good."

The school would have 30 days to “investigate and attempt to resolve the complaint." Parents would be allowed to sue the school for money and other unspecified damages if they were not satisfied with the resolution.

However, Wisconsin Association of School Boards lobbyist Dan Rossmiller argued that the lawsuit provision was troubling.

“We have concerns about districts being sued and the expense of defending those kinds of things and what the range of remedies are,” Rossmiller said.

The Wisconsin State Journal's Molly Beck pointed out that the bill could run afoul of federal Title IX anti-discrimination policies.

A U.S. Justice Dept. ruling earlier this year found that a transgender student in Virginia had his rights violated when he was forced to use an alternate bathroom instead of the communal bathrooms used by other students.

"That singling out results in isolation and exclusion and perpetuates a sense that the student is not ‘worthy of equal treatment and respect,'" the department noted. "Granting transgender students access to restrooms consistent with their gender identity will serve the public interest by ensuring that the District treats all students within its bounds with respect and dignity."