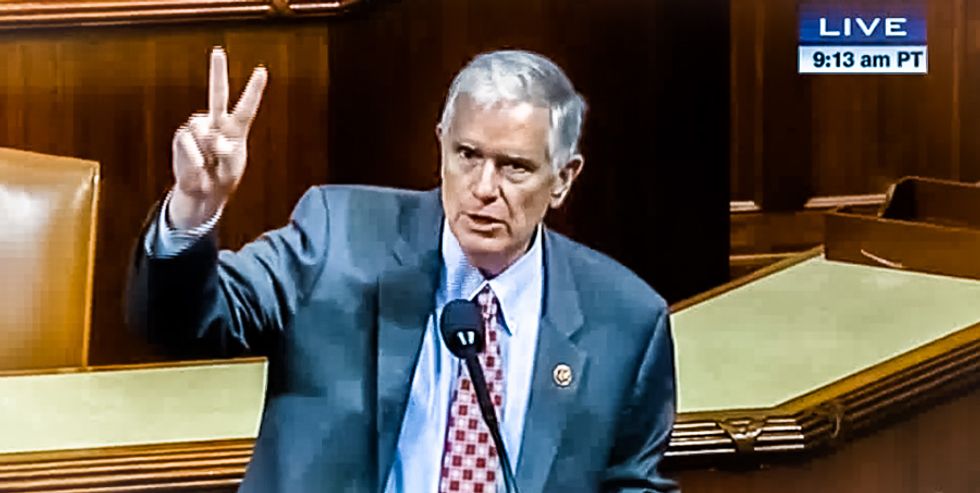 In a radio interview with host Matt Murphy, Brooks speculated that Bernie Sanders' candidacy could be a Democratic Party plot to make Hillary look like less of a socialist.

"But let's be real clear about Hillary Clinton," he continued, noting that "email scandal" was a "nice catchy phrase because people can grasp it."

"It's not about emails, it's about national security and how many lives she put at risk by violating all rules of law that are designed to protect America's top secret and classified information from falling into the hands of our geopolitical foes."

Brooks added: "And in my judgement, with respect to Hillary Clinton, she would be a unique president if she is elected by the public next November because the day she's sworn in is the day that she's subject to impeachment because she has committed high crimes and misdemeanors."

Listen to the audio below from The Matt Murphy Show.