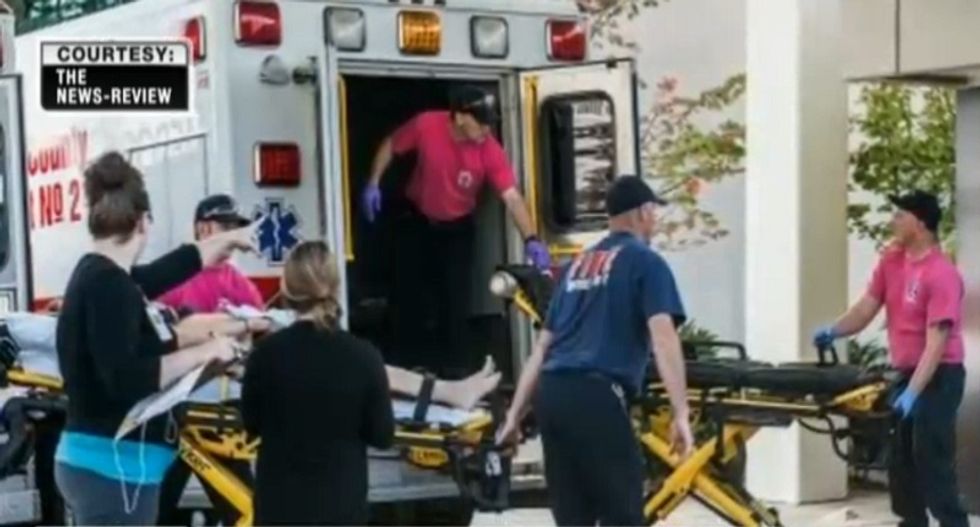 Editor’s note: In the wake of the mass shooting at Umpqua Community College in Oregon, we asked two public health researchers on gun violence to help us understand this latest violent act. Sandro Galea is the Dean of Boston University’s School of Public Health. Ziming Xuan is an assistant professor at the school who recently led a study of state gun laws and youth gun carrying in the United States.

Q: How common are mass shootings in the US? Do you consider gun violence a public health issue?

Ziming Xuan: President Obama Thursday night spoke about the “routine” nature of mass shooting in our country. Gun violence is often among the leading causes of death (homicides and suicides) and non-fatal injuries among youth, and affects families and communities across the US.

Gun violence has created a major and unique public health problem for the US, compared to other developed countries. In order to protect youth, the governments and adults in other developed countries such as France have made it difficult for youth to access handguns. However, a recent study showed that about a quarter of US adolescents reported they had easy access to a gun in their home. Meanwhile, the majority of young respondents told researchers they wished to live in a society where it is impossible for teens to obtain guns.

Sandro Galea: There have been 45 school shootings in America this year alone. Mass shootings have been occurring with regularity in the US for years now. More than 32,000 people die from firearms every year, as many as die from car accidents. This is clearly a public health issue, and one with a solution – the control of widespread gun availability.

Q: If the US committed to ending mass shootings, what does research suggest would be the best strategy?

Sandro Galea: Control over availability of weapons, as has been done in countries like Australia, has been shown to work.

Ziming Xuan: The best and longest-lasting approach involves comprehensive policy changes. We must also shift the community norms to be more consistent with the public health nature of this problem.

Q: Oregon – where Thursday’s shootings took place – is one of seven states that allow guns on college campuses. What impact will ‘campus carry’ laws have on gun violence?

Ziming Xuan: Published research has shown that states with weak laws and more guns are associated with more gun violence in the forms of suicide, homicides, and other injuries and accidents.

Q: What else should people know to understand gun violence in the US?

Ziming Xuan: Considering the magnitude of the gun violence problem in US, gun-related research is limited in part because there is virtually no funding from the federal government to advance our understanding about the nature and mechanism of gun violence or to identify and evaluate effective prevention strategies.

Parents definitely need to teach their children to be responsible with risky and lethal products such as alcohol, guns, cars and so on. However, parents sometimes do not understand fully about child and youth development, impulsiveness, or curiosity. A recent study shows that what parents report about their children’s access to guns often contradict children’s reports; the kids reveal that they know the location of guns in the house and have handled the gun while parents reported they did not. For injury prevention, it is far more effective and long-lasting to change the environment by changing modifiable policies and norms than to change the child.

Sandro Galea: Firearm deaths are driven principally by availability of firearms. While frequently after these events we link them to mental illness, the evidence is very clear that this is a negligible part of the problem. People with mental illness are much more likely to be victims than perpetrators of firearm violence.