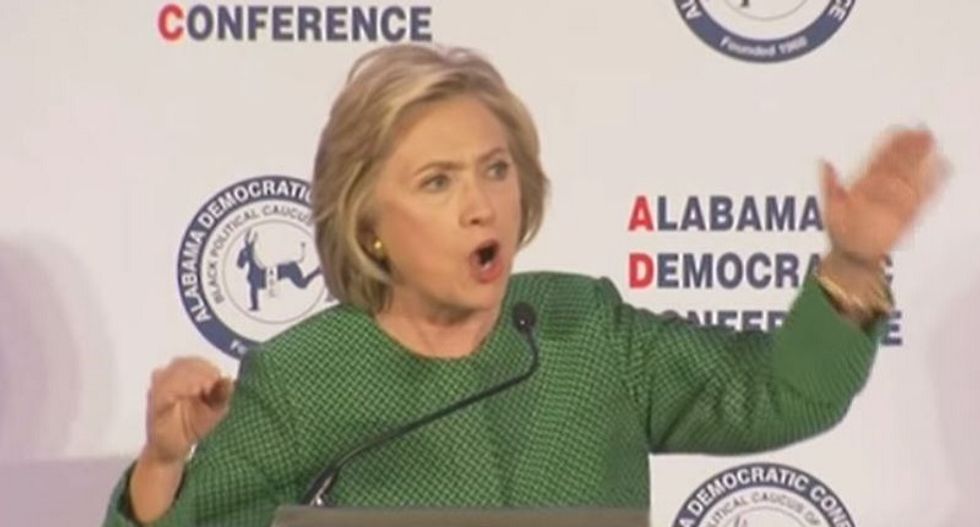 Democratic presidential candidate Hillary Clinton on Saturday blasted Alabama's decision to stop giving out driver's licenses in predominantly black communities as a "a blast from the Jim Crow past," because Alabama has laws requiring picture identification to vote, AL.com reports.

Earlier this month, state authorities said they would stop issuing licenses and state IDs due to budget cuts. Included in the 31 counties where they are no longer available are all that are 75% black or more.

Driver's licenses are the most common form of picture ID used to vote.

Clinton called it a "a blast from the Jim Crow past," adding, "I'm not picking on Alabama, I just think we got to stop this before it gets out of control. Believe me, they won't stop with rural counties and driver's license offices, right?"

Up until the Voting Rights Act of 1965, blacks in the South were barred from voting with a number methods, including poll taxes, literacy tests and voting roll purges.

Last year, in a 5-4 decision, the U.S. Supreme Court voted to gut a key provision of the Voting Rights Act. Since then, GOP-dominated states like Alabama have added obstacles to voting that have been criticized as intended to block African-American voters from exercising their right.

"Now here in Alabama, without the right kind of ID, it's nearly impossible to vote," Clinton said. "And I followed when Governor Bentley and his administration announced plans this month to close 31 driver's license offices across the state. They include every single county where African-Americans make up more than 75% of registered voters."

She said the closures erected a "big barrier to voting" for many African-Americans, particularly the elderly, calling it wrong.

"Fifty years after Rosa Parks sat, and Dr. Martin Luther King, Jr. marched and John Lewis bled, it is hard to believe that we are back having this same debate about whether or not every American gets a chance to vote and exercise his rights," she said as the crowd cheered.