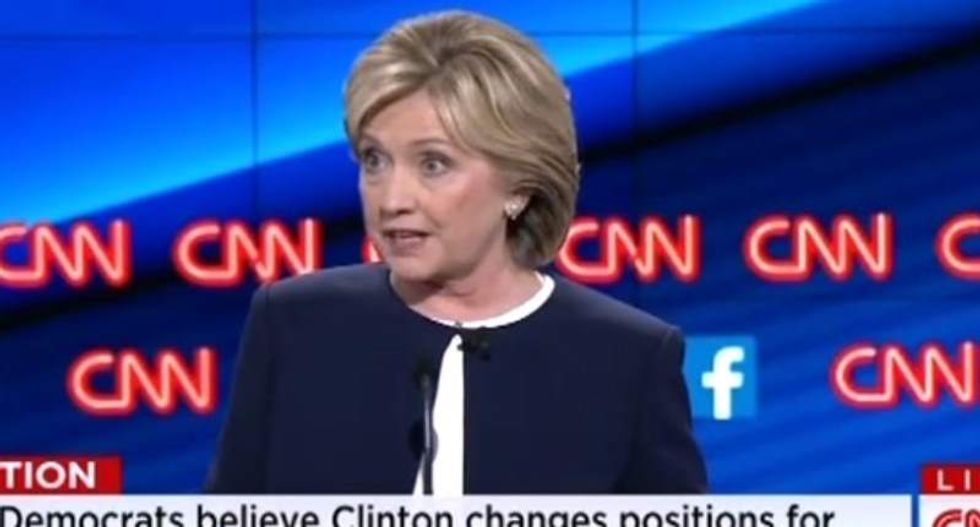 U.S. Democratic presidential candidate Hillary Clinton said on Wednesday she does not support the Trans-Pacific Partnership trade deal because it does not adequately address currency manipulation.

Clinton, who announced her opposition to the deal last week, said at a campaign event on Wednesday that she had hoped the agreement would have "enforceable provisions" related to currency manipulation.

"I give President Obama and his team a great deal of credit for taking on this complicated negotiation. At the end of the day I do not believe it does meet my criteria," she said.