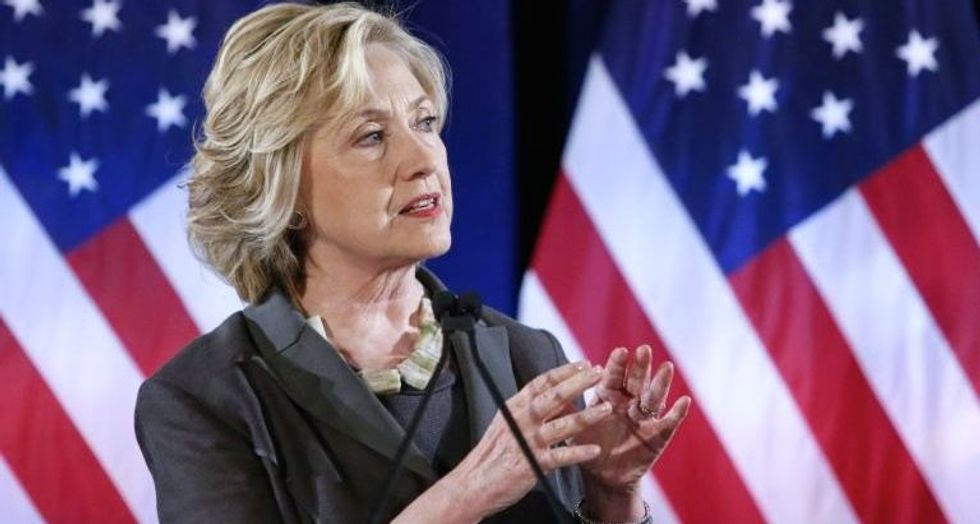 Democratic White House front-runner Hillary Clinton heads to Boston on Thursday to discuss her $10 billion plan to tackle drug and alcohol addiction in the United States, a problem she has brought up repeatedly on the campaign trail.

The plan, unveiled early last month, focuses on treating addiction, including $7.5 billion to support state treatment programs, emphasizing treatment over prosecution for low-level drug offenses and equipping all first responders with the drug naloxone, which can reverse opioid overdoses.

Addictions affect some 23 million Americans, or about one in every 14 people, according to federal data.

Clinton, who will be joined by Boston Mayor Marty Walsh, has said she seized on addiction as a key issue after hearing questions about it repeatedly while talking with voters on campaign stops.

The change in focus towards steering low-level addicts to treatment, rather than prison, is a welcome one, said Dr. Jeffrey Samet, a specialist in clinical addiction research at Boston University's School of Medicine.

"Nothing gets achieved by putting them into jail," Samet said. "Many of them, not all, but many, want to stop using as much as we want them to stop. Putting them in jail, most of them won't use while they are in, but once they're out, they start using again."

Abuse of opioid drugs is a particular problem in the northeastern United States, following a pattern where a patient is prescribed a painkiller after an injury or surgery, turns to illicit sources of that drug and later progresses on to heroin, which is cheaper and more widely available, experts said.

Heroin usage in the United States more than doubled from 2007 to 2013, according to the National Survey on Drug Use and Health.

Walsh, a recovered alcoholic, has made addressing addiction a key element of his time in office, boosting spending for treatment programs and setting up a city hotline to direct addicts to available treatment slots.

Clinton is far from the only White House contender to emphasize treating addiction. New Jersey Governor Chris Christie, a Republican and former federal prosecutor, has also hailed treatment as a smart way to tackle the problem.

Samet said he was glad to see the White House race focus new attention on addiction and treatment.

"It has been under the radar for far too long," Samet said.