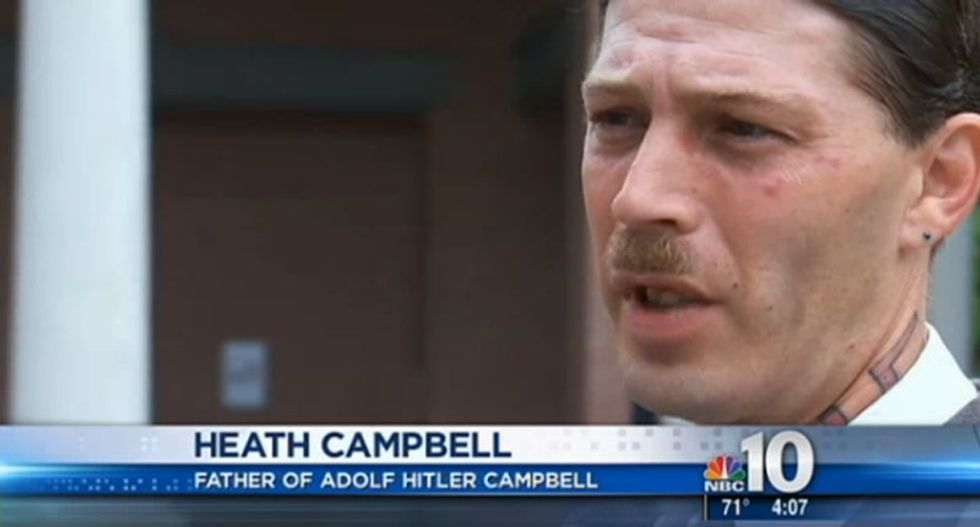 HOLLDAND TWP. -- Wanted on an aggravated assault charge, Holland Township Police are looking for Nazi dad Isidore Heath Campbell, 42, according to a report by FOX 5 NY. Campbell is the father of at least nine children, none of whom he has custody of, including Adolf Hitler Campbell. He drew national media attention in December…