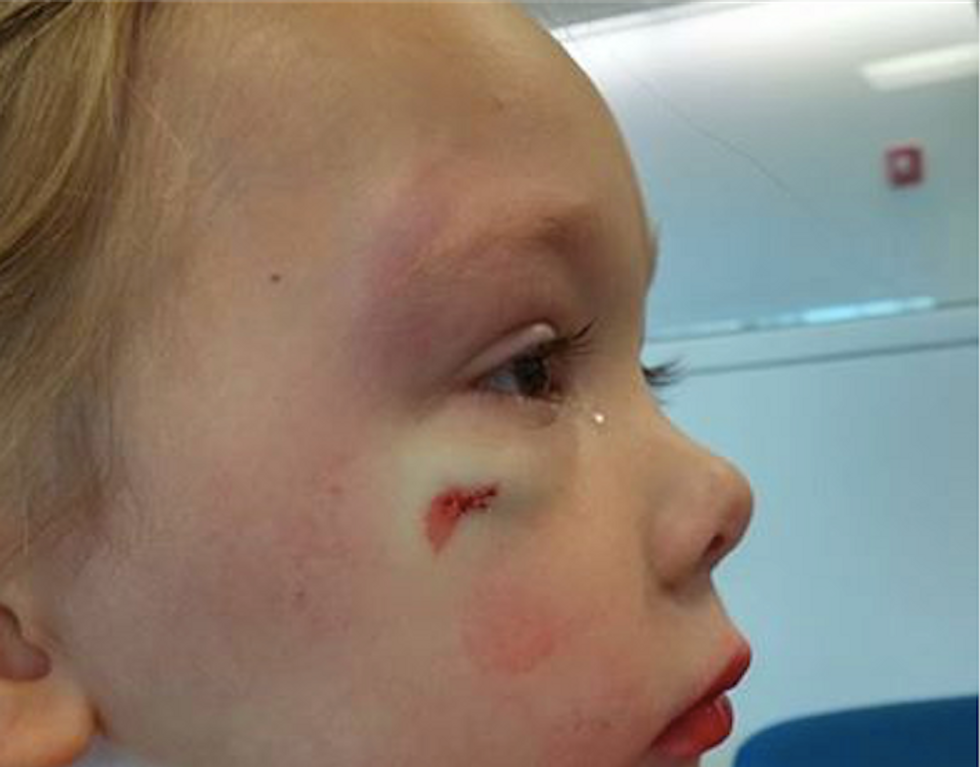 A mother in Columbus, Ohio was shocked and outraged when a hospital worker told her 4-year-old daughter that the boy who attacked her with a toy and cut her badly enough that she needed stitches must have a crush on her.

BuzzFeed reported on mother Merritt Smith's response to the incident, which she posted on Facebook.

"'I bet he likes you,'" quoted Smith before writing: "Dear man at the registration desk at Children's hospital, l'm positive that you didn't think that statement through. As soon as I heard it I knew that is where it begins. That statement is where the idea that hurting is flirting begins to set a tone for what is acceptable behavior."

"My four year old knows 'That's not how we show we like someone. That was not a good choice,'" she said of the attack, which involved a child's metal teapot and left a gash that required two stitches to close.

"In that moment, hurt and in a new place, worried about perhaps getting a shot or stitches you were a person we needed to help us and your words of comfort conveyed a message that someone who likes you might hurt you. No. I will not allow that message to be ok," she continued.

In the comments for the post, Smith clarified that she bears the hospital no ill will and does not want the employee to be fired.

"I want to make it clear here that I fully support this other child and his parents in their journey. I am confident that they will use all their resources. Please do not create an environment where parents who need support won't ask because they feel judged or shamed," she wrote.

“I want it to be understood that I value Nationwide Children’s Hospital as a tremendous asset and resource in our community,” she wrote. “I do not mean to attack the hospital or get this man fired. He genuinely meant no harm. My intensity and intent is to change old scripts that do not serve us as adults and most certainly do not serve our children."

The hospital posted its own response to the incident on Facebook, saying, "We are aware of a recent comment made by a member of our staff to a family seeking care. Although we know the comment was made with no malicious intent, it is our wish to apologize and express to you that this is something we are taking seriously. This comment does not represent our philosophy as an institution."