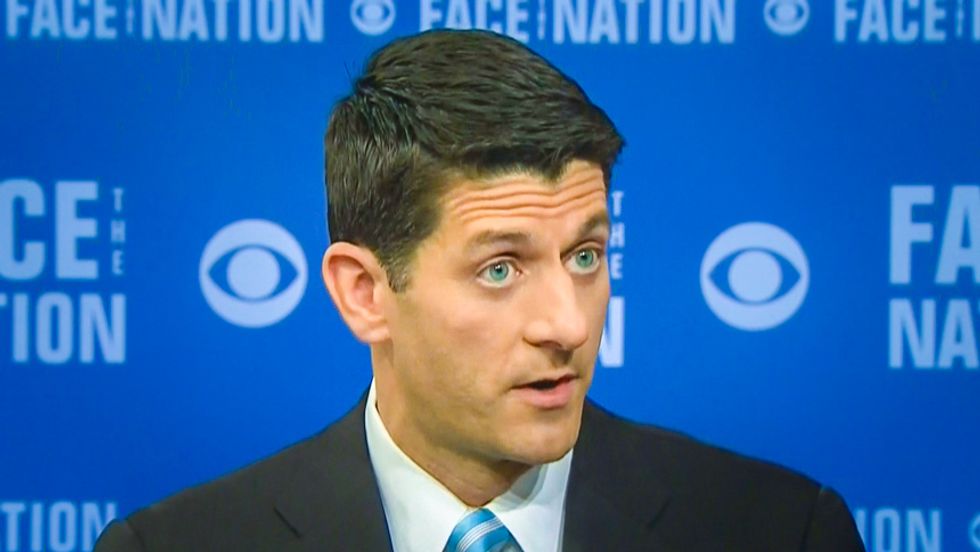 A group of hard-line conservative Republicans would "look favorably" on Paul Ryan if he ran to be speaker of the House of Representatives, the group's leader said on Sunday.

The approximately 40-member House Freedom Caucus is at the center of turmoil within the Republican Party over who will be the party's effective leader in the House ahead of the 2016 presidential election.

House Majority Leader Kevin McCarthy had been the front-runner in the race but abruptly dropped out on Thursday after facing skepticism from Freedom Caucus lawmakers who viewed him as too willing to compromise with Democratic President Barack Obama.

Now eyes are turned to another high-profile Republican, former vice presidential candidate Ryan, who fellow lawmakers say is considering the job during a weeklong congressional recess.

Freedom Caucus leader Jim Jordan hinted that conservatives could back Ryan if he supports their agenda to take some powers away from the Republican leadership in the House.

"Paul Ryan is a good man. He's a great communicator, the kind of messenger our party needs and certainly if he gets in the race I think our group would look favorably on him," Jordan said on "Fox News Sunday."

John Boehner shocked Washington last month by announcing his resignation from the speakership and Congress.

Numerous House Republicans and 2012 presidential candidate Mitt Romney have asked Ryan to run for speaker. Ryan spokesman Brendan Buck said on Friday that Ryan had repeatedly said he is not seeking the speaker's job.

Even Representative Jason Chaff, who is running for the speakership, has said he would drop out if Ryan got into the race. "Somebody's got to do it. I would hope that Paul Ryan would do it," Chaffetz said on ABC's "The Week" program.

Asked if Ryan would have to embrace the Freedom Caucus's demands for decentralizing power, Jordan said: "I think the next speaker has to be committed to that. I think Paul would be."

The caucus, which includes many Republicans from the smaller-government Tea Party movement, has endorsed long-shot Representative Daniel Webster for the speakership.

Representative Raul Labrador, a member of the group who spoke to Ryan on Friday, said that if new candidates declared themselves, the caucus would listen to them.

"It's not about the who, it's about the what ... what are we going to do so we can get Republicans together on the same page," Labrador said on "CNN's State of the Union."