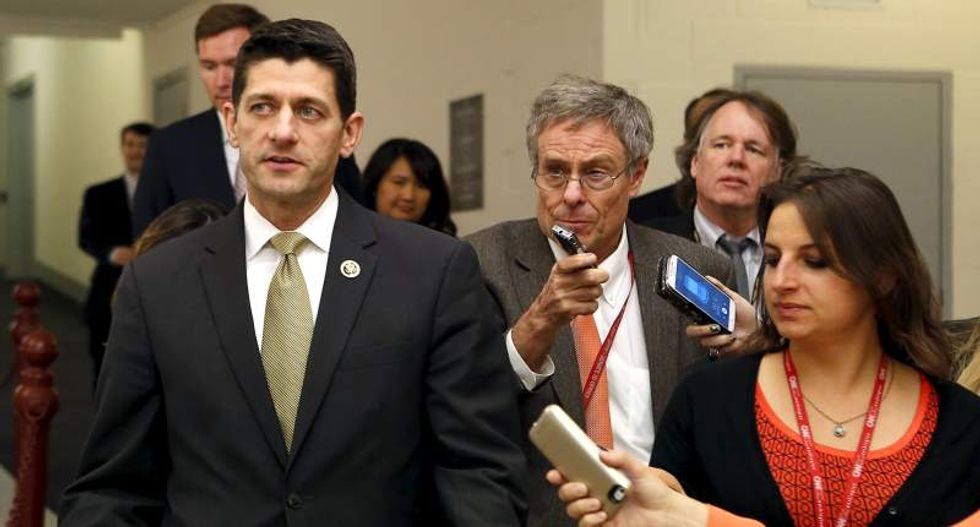 Rep. Paul Ryan (R-WI) talks to reporters as he walks at the end of the day of the House Freedom Caucus meeting on Capitol Hill in Washington on Oct. 21, 2015. Photo by Yuri Gripas for Reuters.

U.S. Representative Paul Ryan did not secure enough votes from the conservative "Freedom Caucus" for a formal endorsement as speaker of the House of Representatives but may get enough support to win if he decides to run, congressmen said on Wednesday.

"The bottom line is that if he wants to be speaker he has the votes," Representative Mick Mulvaney said.

Representative John Fleming said Ryan won about 70 percent of the votes from the Freedom Caucus but fell short of the 80 percent required under caucus rules to be endorsed to replace House Speaker John Boehner, who is retiring.

(Reporting by Richard Cowan and and Susan Cornwell; Writing by Sandra Maler and Peter Cooney)