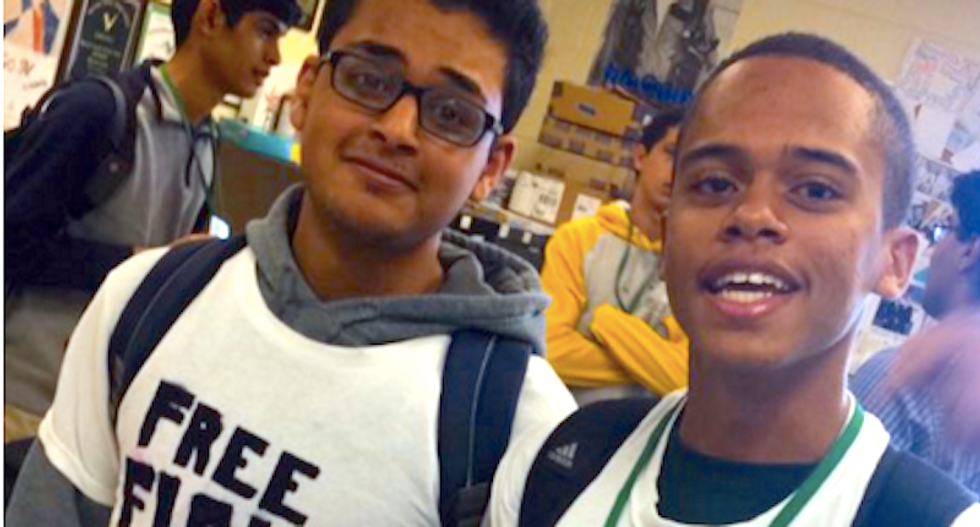 Hundreds of students walked out of class Friday morning to support a school resource officer who was fired for slamming a classmate to the floor when she didn't immediately put away her cell phone.

Deputy Ben Fields was fired Wednesday by the Richland County, South Carolina, sheriff for violating department policy by picking up the teenage girl throwing her during a video recorded arrest at Spring Valley High School.

About 10 a.m. Friday, hundreds of students walked out of class and into the school's atrium before Principal Jeff Temoney told them to return to their classrooms or face suspension, reported WIS-TV.

"We've heard your voices, okay," Temoney said. "We appreciate you taking time to do this, but again, as you know, we always focus on teaching and learning, so let's head on back to class."

A girl who was arrested for recording the incident said students referred to Fields as "Officer Slam" because he was known for slamming pregnant women and teenage girls to the ground.

Both Niya Kenny, who filmed the arrest, and her injured classmate were charged with disturbing the school.

No arrests were made during the walkout, which school officials said was "small" and "orderly," and the principal said students were never in any danger during the demonstration.

Video of the violent arrest, which left the 16-year-old student with a broken arm and other injuries, have prompted a nationwide discussion on use of force in schools.