In Mississippi, 'last Democrat in Dixie' fights to survive 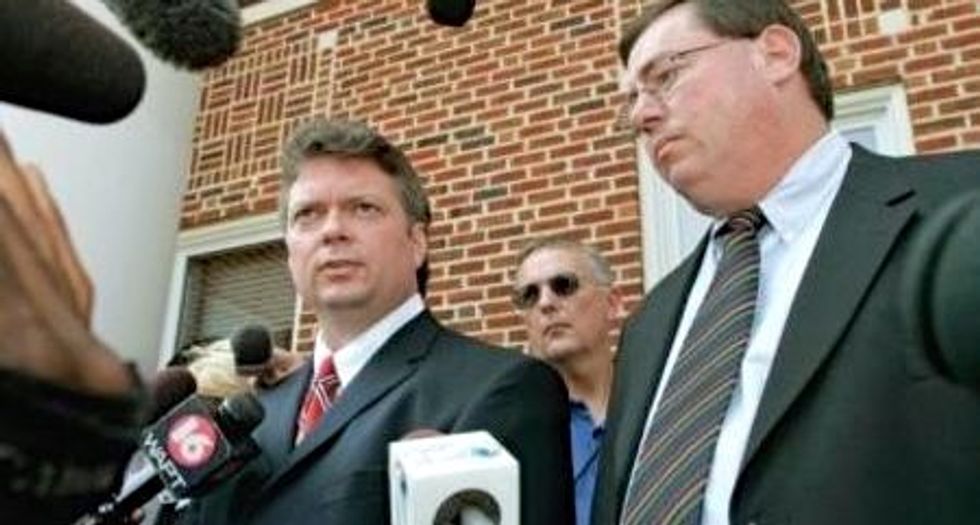 But the prosecutor sometimes called the "last Democrat in Dixie" glosses over his own party affiliation.

He has good reason: Republicans now control nearly all the offices elected statewide across the conservative U.S. South, from South Carolina to Louisiana. Democrats' ability to hold on to Hood's seat for a fourth term will test efforts to blunt the party's free fall in the region. Experts predict it will be his toughest election fight yet.

"If he wasn’t an incumbent, I don’t think he'd stand a chance," said John Bruce, political science chairman at the University of Mississippi. "He is running in a place where statistically he shouldn’t win."

Hood, 53, is a fifth-generation Mississippian representing a waning generation of white Southern politicians. Many remained loyal to the party of their parents and grandparents, even as the national Democratic Party no longer reflected their views.

On issues involving God and guns, Hood has been called more in line with his conservative state than a typical Democrat. National gay-rights advocates criticized him recently for his court filings defending Mississippi's ban on adoptions by same-sex couples.

Many in Mississippi bemoan the Democratic party's decline. Its sorry state was illustrated in the August primary, when the first name on the party ballot got the nomination for governor: a truck driver who did not spend money or seriously campaign.

Hood's fate in this election may indicate whether the party has become too great a liability. Today's Southern Democrats often pin their hopes on rebuilding by winning down-ballot races, such as mayoral elections in major cities.

The other prominent statewide Democrat in the region, U.S. Senator Bill Nelson of Florida, was reelected in 2012 in a battleground state during a high-turnout presidential year.

Yet in Mississippi, Hood still commanded the support of 55 percent of registered voters surveyed in the spring, the most recent public poll.

"Nowadays having a 'D' next to your name is a much bigger drag than it used to be," Coker said.

While experts say the power of incumbency is particularly strong in the South, Mississippi Republicans are gunning this fall for a clean sweep of statewide races.

Governor Phil Bryant is heavily favored to win re-election on a strong Republican ticket that also features an incumbent lieutenant governor being challenged by a former state senator and well-known Elvis impersonator who switched parties.

"A lot of folks are unaware that he is a Democrat," Hurst said of his opponent. "He has done a great job, I think personally, of fooling the Mississippi voters into thinking that he is conservative."

Mississippi was notably absent, Hurst said, from the legal fights waged by attorneys general in other Republican-dominated states against Obama's healthcare and immigration reforms.

Hurst notes that Hood's campaign has received most of its funding from out-of-state contributors, including $300,000 from the Democratic Attorneys General Association.

Hurst's contributors, by contrast, were nearly all in-state.

Hurst said Hood has refused his requests for debates.

As attorney general, Hood benefits from holding a position that allows voters to see him fighting crime and protecting consumers. He remains well-liked by both Democrats and "everyday Republicans," said John Mosely, a Republican who recently lost a primary bid for state insurance commissioner.

"He will be hard to beat," Mosely said.

Still, with each election cycle, it gets harder to be the lone statewide Democrat when Republicans are calling the shots, said Democratic campaign consultant Jay Parmley, executive director of the South Forward PAC.

"When you’re the last Democrat standing, tilting at that windmill, that windmill is pretty hard," Parmley said.

(Reporting by Letitia Stein in Tampa, Florida and Therese Apel in Jackson, Mississippi; editing by Colleen Jenkins and David Gregorio)