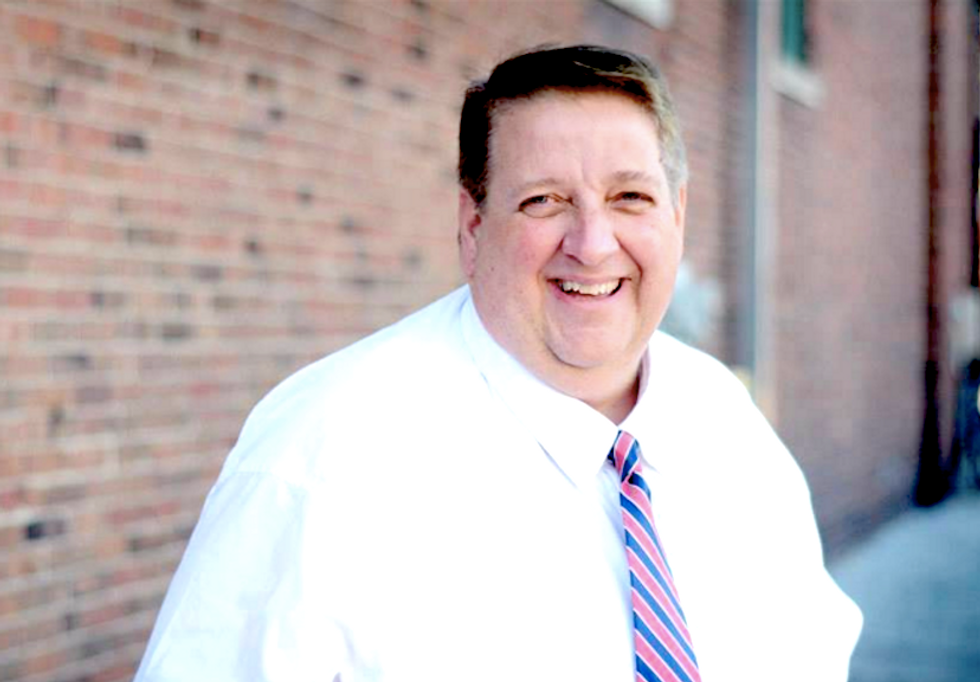 A Republican hopeful for the Goshen, Indiana city council known for his rigid anti-LGBT views has been caught searching for anonymous sex on the gay hook-up site Adam4Adam.com.

The Goshen News reported late last week that Republican city council candidate Brent Randall admitted that he has used the site in search of sex with other men.

“My life has changed a lot over the last six years since my divorce,” Randall told the News. "(The profile is) still active. I do check it. I do talk to people. I’ve never met anybody from that profile. I do enjoy meeting new people of all different walks of life."

The would-be councilman was married for 22 years, but divorced in 2009. With regards to his orientation, Randall said, “I don’t even know if I consider myself bisexual or not. I just experimented a little since I was single again.”

None of this would matter if -- as blogger JoeMyGod pointed out -- Randall were not currently campaigning for office as a conservative Republican who opposes the inclusion of LGBT rights in the city's civil rights ordinance.

In spite of the revelations regarding his orientation, Randall still opposes what he calls "special protections" for Goshen's LBGT residents.

“I don’t know if I thought this wouldn’t come up or would (when running for office),” Randall told the News. “But I still believe in my heart of hearts that our gay and lesbian communities are protected currently under the law. If there are cases that need to be brought, let’s bring them. I don’t know why they feel they need special protections when there are other categories that might need protections. My little experimentation over the last six years hasn’t changed my view on that.”

Randall is running against Democrat Adam Scharf for the town's District 5 seat, which is currently held by Everett Thomas. Thomas went on record earlier this month as supporting the inclusion of LGBT rights in the city ordinance.

Goshen's Republican Party is standing behind Randall, calling the exposure a political hit.

“He is the same person today as he was yesterday and is the right person to serve on City Council representing District 5,” said Goshen Republican mayoral candidate Mary Cripe Friday to the Terre Haute Tribune Star. “We are deeply saddened to see someone’s private personal life be exposed, by no choice of his own, for what can only appear to be political motivations. His entire life is turned upside down. Our only hope is that this is not some type of political tactic by the opposing party, as we all signed the Fair Campaign Pledge.”