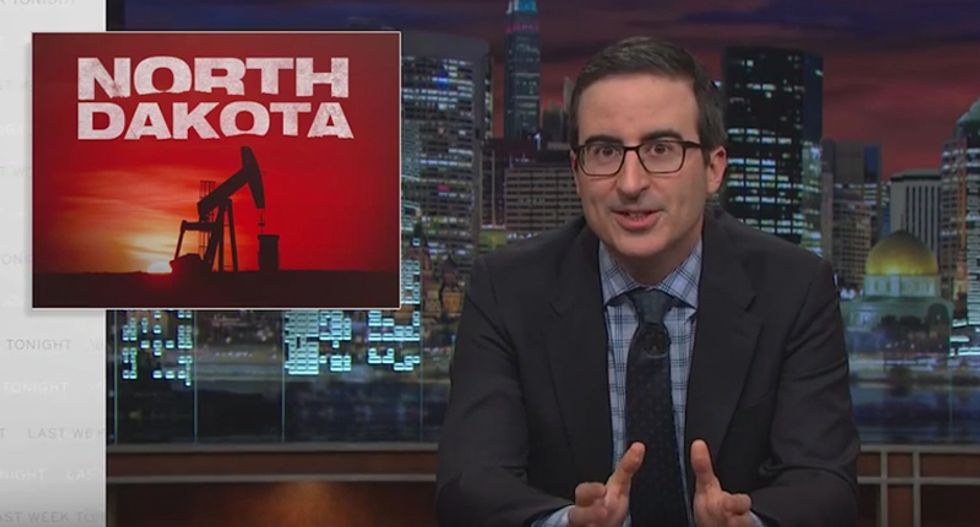 On HBO's "Last Week Tonight," host John Oliver took a look at North Dakota -- referring to it as "South DaCanada"-- and the oil shale boom that has simultaneously enriched and degraded the state.

Noting that no one ever really thinks about or visits the state, Oliver explained that "like Channing Tatum, North Dakota suddenly turned out to be a lot more interesting once it was covered in oil."

But with the boom has come environmental degradation that has devastated the state's farmland, and lax worker protections that have resulted in at least 74 worker deaths in the Bakken oilfields -- or one every six weeks.

"A death every six weeks is what you do to keep your soap opera on the air, "Oliver explained. "In real life, that is f*cking horrifying."

With few OSHA inspectors available to examine working conditions, and environmental concerns dismissed because of the millions of dollars that have poured into the state, Oliver addressed the overwhelmingly "nice and polite" citizens of the state.

"North Dakota, please listen: I get it, you're friendly, and that's fantastic," Oliver said. "But this has gone too far. Oil companies need to be held accountable when bad things happen."