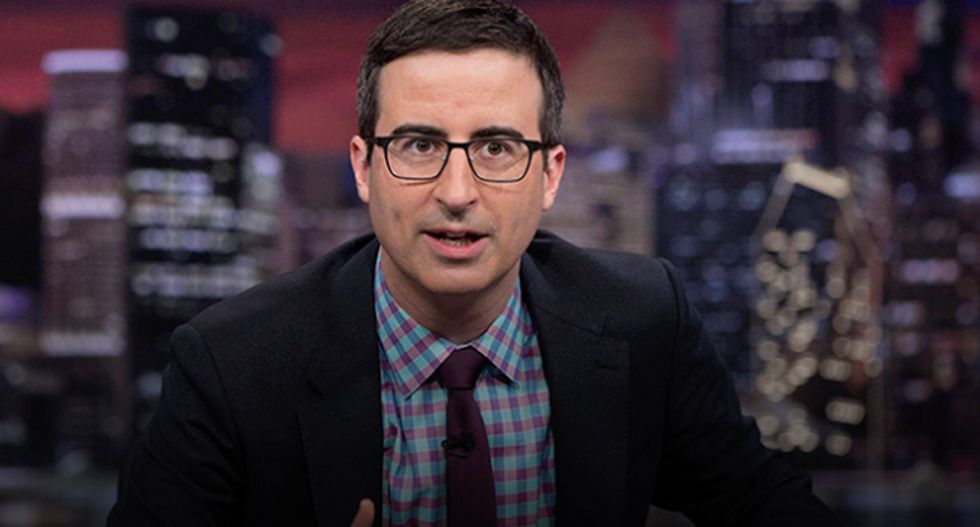 On HBO's Last Week Tonight, host John Oliver noted the interesting fact that terrorist groups in the Middle East have such an affinity for Toyotas that a U.S. Treasury counter terrorism unit is studying how groups like ISIS have come to own so many of them.

Describing Toyota as the "makers of the ’92 Camry where you got your first backseat hand-job," Oliver added, "Toyota is famous for making dependable vehicles, but this week, we learned something surprising about who exactly has been depending on them."

He then shared new clips of convoys of Toyotas being paraded by terrorist groups.

"It seems that Toyotas are being used as instruments of death,” explained Oliver. “It’s a bold move because traditionally ‘death on wheels’ has very much been GM’s brand. That's kind of their area.”

For their part, Toyota has claimed that they are not aware of any dealerships giving fleet pricing to Middle Eastern terrorist groups interested in their Hilux trucks and Land Cruisers, but said they do have a policy forbidding it.

“Hold on — you actually felt the need to make ‘not selling to terrorists’ official company policy? Is that in the handbook under, ‘Things that should go without saying?’” smirked Oliver.

“The amazing thing is this is not a new story,” Oliver continued. “Terrorist groups love Toyota vehicles. Back in 2001, The New York Times reported that Osama bin Laden ‘likes Toyota Land Cruisers,’ and Newsweek once ran a story about, ‘Why Rebel Groups Love the Toyota Hilux.’"

Oliver continued, "And in light of the news this week, you would think Toyota would at least change the name of one of their cars,” referring to the Toyota mini-van called the Isis.

“Oh, come on, Toyota! You’re giving ISIS built-in vanity plates!” exclaimed Oliver. “It seems Toyota might have a genuine problem here, because ISIS seems to really like their cars.”

With a former U.S. ambassador referring to Toyota as " part of the ISIS brand,” Oliver said it was only a matter of time before ISIS had its own Toyota dealerships.

“‘Come on down to ISIS Toyota, our salesmen are terrorists you can negotiate with!’” he quipped.