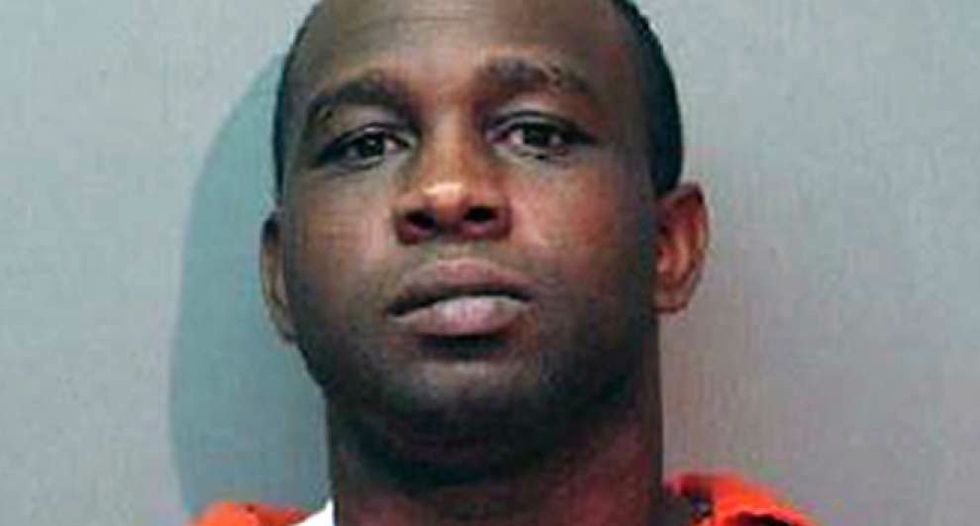 A killer who was accidentally released from jail last week in Louisiana has been captured in Georgia, the U.S. Marshals Service said on Friday.

Benjueil Johnson, 32, was arrested at a motel in the Atlanta suburb of Norcross just after midnight, according to the marshals service office in Baton Rouge. He was in custody in Gwinnett County, Georgia, corrections spokeswoman Pam Laborde said.

Johnson was sentenced to 40 years in prison for a 2013 conviction for manslaughter. But last month, he was taken to the East Feliciana Parish jail to be booked on an unrelated charge of assaulting a corrections officer.

Due to a record-keeping error, he was allowed to walk out of the parish jail in Jackson on Sept. 22 after posting bail on the assault charge, a state corrections spokeswoman told the Baton Rouge Advocate.

He had been free for nearly a week before prison officials realized the mistake.

A spokesman for the Iberville Parish Sheriff's Office said a corrections officer saw Johnson "in passing" in the small town of Addis, Louisiana, near Baton Rouge, on Saturday and reported it to his supervisors on Monday.

Johnson pleaded guilty to manslaughter and weapons charges in the 2010 fatal shooting of Cordies Gales, 31, during an argument over a gambling game.