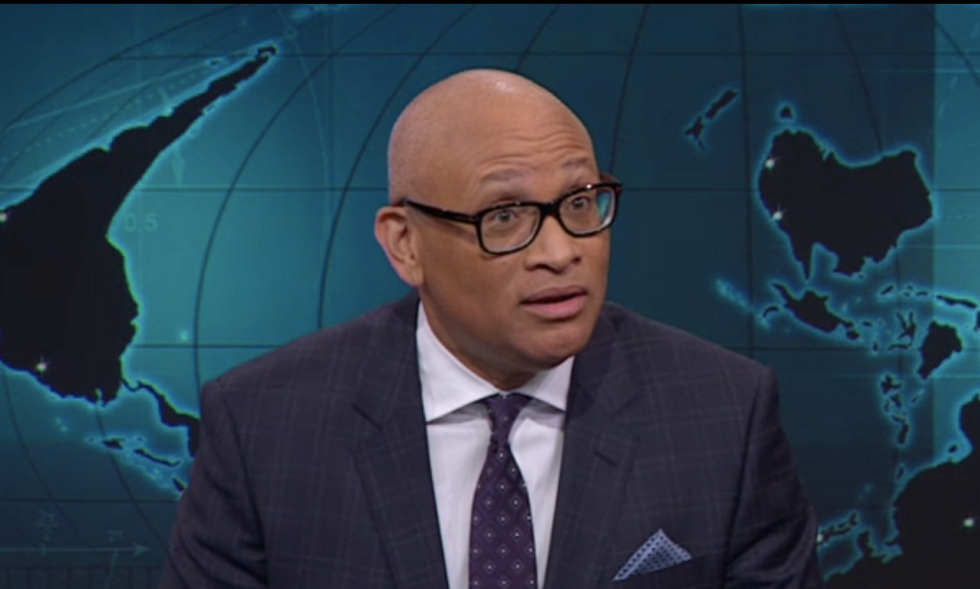 On Thursday night's edition of the Nightly Show, host Larry Wilmore decried the so-called "YouTube effect," which some police say is keeping them from doing their jobs.

As murder rates spike in some U.S. cities, Attorney Gen. Loretta Lynch held a meeting with top cops from around the country to determine what could be to blame.

Some pro-police advocates have suggested that police are now afraid to apply reasonable force during an arrest for fear that they will end up the stars of viral videos about police brutality.

"So let me get this straight," Wilmore said, "the police are worried about being embarrassed by viral videos so they've just stopped doing their jobs?"

He then asked the audience to participate by applauding more for which of two headlines they thought were more outrageous. One said "Police officer embarrassed by viral video." The other said "Unarmed black man gunned down by police."