Larry Wilmore nails Jeb Bush on disastrous 9/11 interview: 'It's as if his head can't contain the bullsh*t' 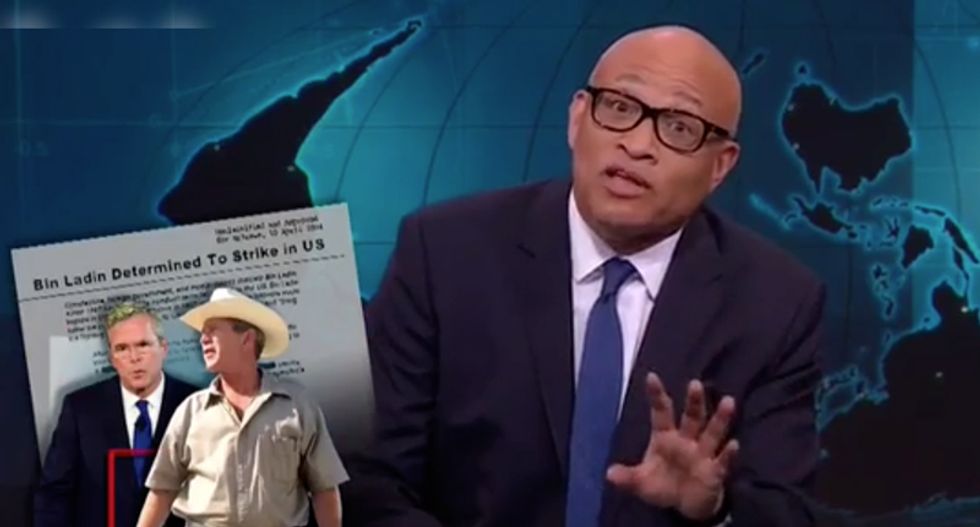 The spat between Donald Trump and Jeb over George W. Bush's post-9/11 performance was the subject of a segment aired during Monday's night's episode of The Nightly Show.

Comedy Central's Larry Wilmore began the piece by mocking Jeb's body language during a Sunday talk show in which CNN's Jake Tapper destroyed Bush's talking points by pointing out his hypocrisy for wanting to blame Hillary Clinton for Benghazi but not his brother for 9/11.

"Why are you shaking your head the entire time you answer this question? It's almost like your head can't contain the bullshit your mouth is spewing," Wilmore observed.

"I'm not saying Jeb Bush doesn't believe what he's saying. I'm saying his body doesn't. That's why his mouth can't help but stammer when he says bullshit like this."

Wilmore then went on to discuss the Beltway blame game and eventually ended up blaming Obama for the "naked butts and dongs" that recently appeared during an NFL locker room interview.

Watch the full segment below, via Crooks and Liars: