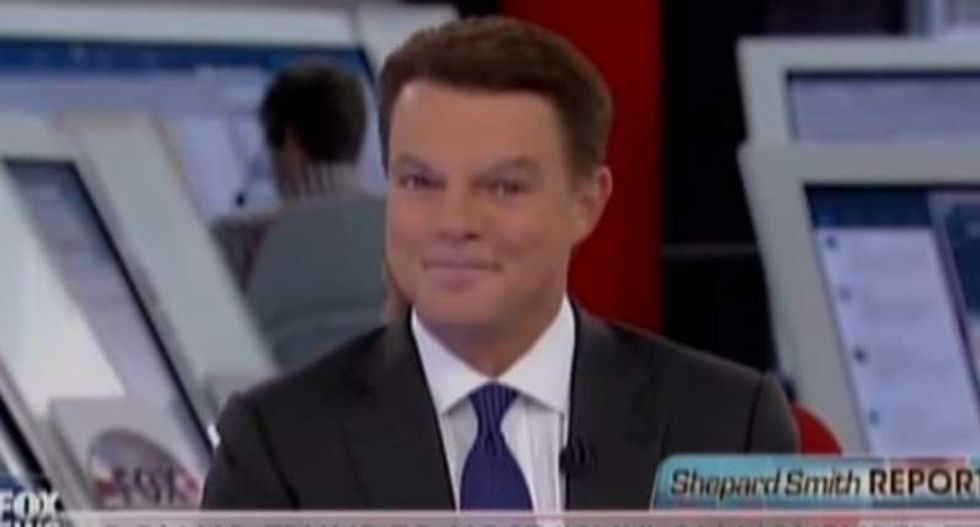 "Dumb dumb dumb," Smith said to the tune of the network's jingle, before sarcastically adding, "You did a great job. We're all proud of you, NBC. We'll be watching."

Smith noted that NBC severed ties with the former Apprentice star this past June after he referred to Mexican immigrants as "rapists" and criminals while launching his presidential campaign. Trump has since become the front-runner among Republican Party candidates while refusing to backtrack from such remarks.

"NBC and everything Comcast did not want to be associated with Donald Trump, left all the money on the table, no more," the host said. "No more Trump on NBC. So what's he doing? He's going back to NBC. Good job. Nice job, NBC."

After his initial criticism, Smith reported on another story, but made another reference to Trump's SNL appearance as his show headed to commercial, saying, "Morals, values, leave the money on the table. 'Cancel it all, we're through with him ... Welcome back.'"

As Newsweek reported, the Nov. 7 episode will mark Trump's first appearance as a host for the sketch-comedy show since 2004. Earlier this month, Trump was the focus of a sketch mocking his run-ins with Smith's colleague Megyn Kelly, as well as his past support for womens' reproductive health rights, among other issues.

Watch Smith's commentary, as posted by TPM on Tuesday, below.