Lewis Black rails against tech-obsessed millenials: 'Draw your d*cks on my face, you jackals' 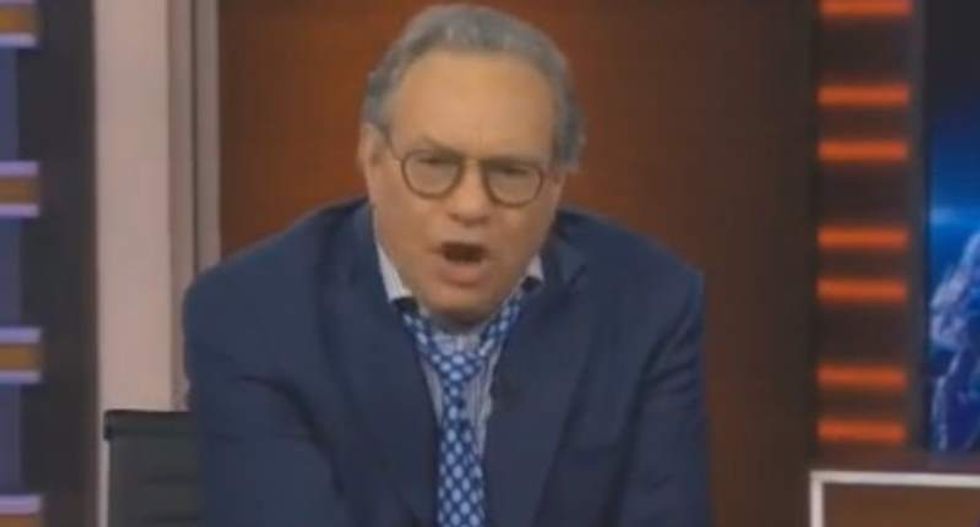 Lewis Black returned to the Daily Show on Tuesday to bemoan how some of the biggest companies in the US are going tech-happy to appease millenials' aversion to human interaction.

Things have gotten so bad, he joked, that even he is trying to reach the younger demographic

"Go ahead, swipe up and draw your d*cks on my face, you jackals," he shouted at a cell phone perched just behind him.

Black was also annoyed that the casino and fast food industries were beginning to offer modern amenities like video game-style presentations and self-serve kiosks -- and especially so when one young man complained that being able to order at McDonald's with his phone would be more convenient.

"Kid, how little work do you want to do?" Black asked. "Does the cashier have to baby-bird your McRib right into your mouth?"

But after learning that the Chuck E. Cheese's restaurant chain was adding wine and beer to its menu to draw millenial mothers in, Black came to a realization.

"You millenials disgust me," he said. "It seems like all you wanna do is drink, gamble and avoid any kind of human interaction. Wait a minute. That sounds familiar. Holy crap -- I'm a millenial."

Black also had his first on-screen interaction with new host Trevor Noah, which was typically blunt.

"I really like what you've done with the set," he offered.

Watch Black's commentary, as posted online on Tuesday, below.

In an interview with Rolling Stone published on Sunday evening, former D.C. Metropolitan Police Officer Michael Fanone delivered an expletive-laden rant against House Minority Leader Kevin McCarthy (R-CA), the likely next Speaker of the House if Republicans win control of Congress in November.

The remarks came during a discussion about Fanone's upcoming memoir, "Hold the Line."

US reality star Kim Kardashian has agreed to pay a $1.26 million fine after unlawfully pushing a cryptocurrency on Instagram without revealing that she was paid to do so, the Securities and Exchange Commission announced Monday.

The agency accused Kardashian, who has 331 million followers on Instagram -- making her one of the top ten most followed people on the global social network -- of failing to disclose that she was paid $250,000 to post about EMAX tokens, the crypto asset security being offered by EthereumMax.

Republicans have promised to impeach President Joe Biden if they retake the House majority, but MSNBC's Joe Scarborough said that could cost them a shot at winning.

The White House reportedly is gaining confidence that the various investigations being proposed by congressional Republicans may backfire politically, and the "Morning Joe" host agreed that might motivate the ultra-MAGA base but would doom their chances with other voters.