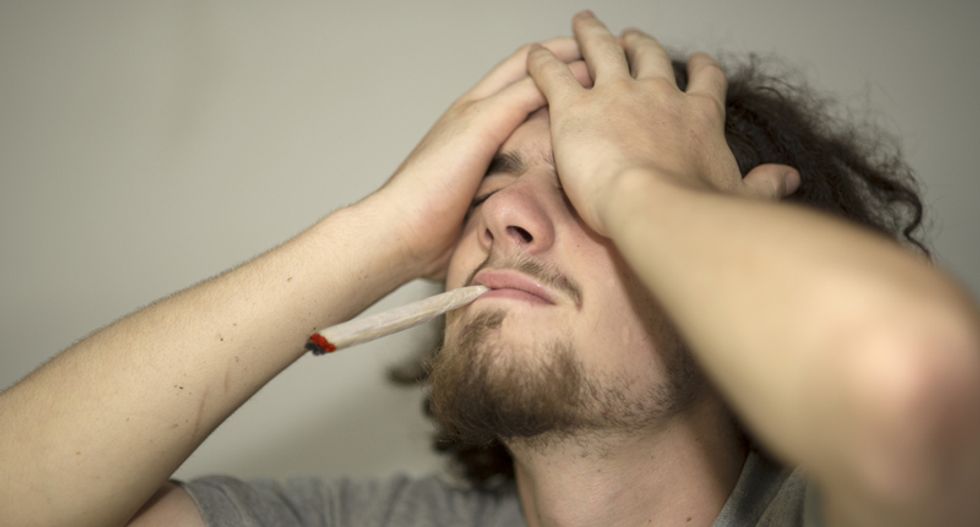 In a emergency phone call that is both funny and pathetic, an Ohio man called the police to report that he was "too high" and needed assistance in his home, WJW is reporting.

According to the police report from the officers who responded to the call from the Austintown man, they discovered him in an upstairs bedroom in grandfather's house in a fetal position, surrounded by “a plethora of Doritos, Pepperidge Farm Goldfish and Chips Ahoy cookies.”

On the 911 recording released by the police, the 22-year-old man is heard telling the dispatcher, "I'm too high," before adding, "I can't feel anything."

After admitting he was high on weed, he informs the operator that no one else in the house knows about his difficulties, but that someone would be available to let the police in. He then thanks the operator.

Police say the man told them he still had marijuana in his car and that they were welcome to it.

In his car, officers discovered a glass pipe that had marijuana residue on it, two packs of rolling papers, the remnants of two marijuana cigarettes and a glass jar filled with marijuana.

The unidentified man did not need medical assistance and now faces charges of marijuana and drug paraphernalia possession.

Listen to the audio below from WJW: