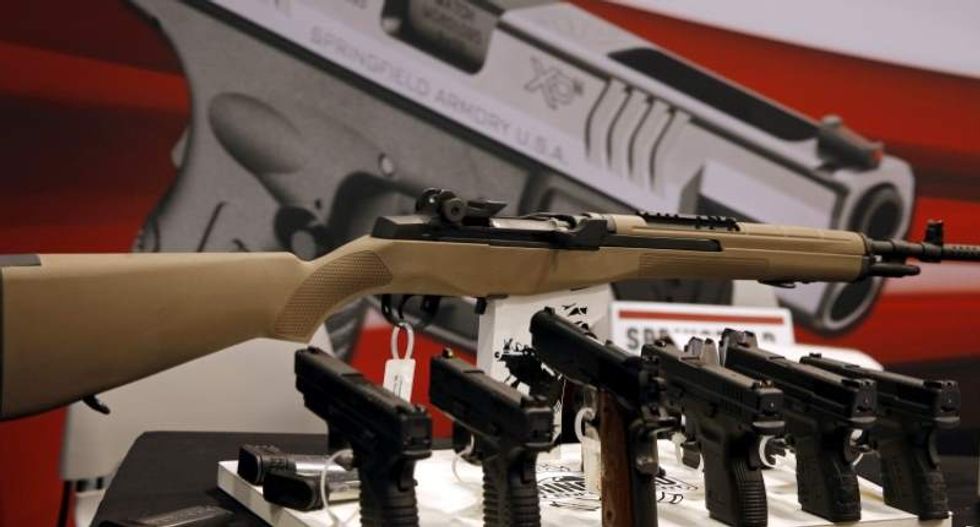 An exhibit booth for firearms manufacturer Springfield Armory is seen on display at the International Association of Chiefs of Police conference in Chicago, Illinois, on Oct. 26, 2015. Photo by Jim Young for Reuters.

Handgun owners in Los Angeles would have to keep their weapons locked in a box or disabled with a trigger lock under a measure aimed at protecting children that was given unanimous approval on Tuesday by the city council.

The provisions would not apply to people carrying a handgun or having one in their immediate control, such as when cleaning it, said Ian Thompson, a spokesman for Los Angeles City Councilman Paul Krekorian.

The measure is expected to be signed by Los Angeles Mayor Eric Garcetti, and would go into effect 30 days later.

With that, Los Angeles would join the California cities of San Francisco and Sunnyvale, which have similar rules, Thompson said. The states of Massachusetts and New York also have laws requiring guns to be locked up.

"People in Los Angeles and throughout the country understand that commonsense steps like this are necessary to prevent tragedies that we see all too often," Krekorian said in a statement.

Backers of the measure said it will keep children safer in the nation's second-largest city by reducing the chances of a child grabbing a handgun and accidentally killing someone else or themselves.

It would require handguns to be stored in a locked container or disabled with a trigger lock when not in use, Thompson said.

This summer, Los Angeles adopted a law banning the possession of a handgun or rifle magazine holding more than 10 rounds.

The California Rifle and Pistol Association along with a number of sheriffs in California earlier this month sued the city in Los Angeles Superior Court in an attempt to block the magazine measure from going into effect as scheduled on Nov. 19.

A representative for the California Rifle and Pistol Association, the official association in the state of the National Rifle Association, declined to comment on the latest gun control measure adopted by the Los Angeles City Council.