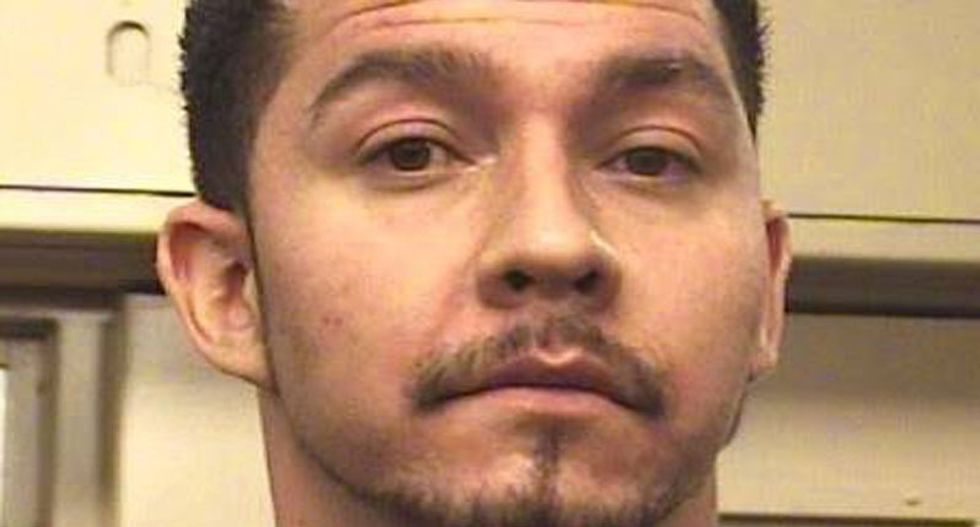 A 32-year-old New Mexico man who was arrested following an anonymous tip to police has admitted to fatally shooting a 4-year-old girl in the head during a road rage incident on a major highway in Albuquerque, police say.

The girl, Lilly Garcia, was a passenger in her family's red four-door Dodge truck when she was shot on Tuesday afternoon by the driver of another vehicle who had cut them off on Interstate-40 and exchanged words with her father, police said.

The suspect, Tony Torrez, faces charges including murder, aggravated battery with a deadly weapon and assault with intent to commit a violent felony in connection with Garcia's death, Albuquerque police said in a statement late on Wednesday.

Torrez is also charged with child abuse, child abuse resulting in death, shooting at or from a motor vehicle and evidence tampering, the department said.

The statement said that on Wednesday evening Torrez "confessed to investigators he was responsible for the murder."

Police said earlier that day an anonymous caller had reported knowing who shot the girl and gave detectives Torrez's name.

"With that information and multiple tips from the community, detectives were able to find the suspect," police said.

Police said that on Tuesday officers had received a 911 emergency phone call just before 3 p.m. from the girl's father saying his daughter had been shot.

"The father stated he had just picked up his daughter and 7-year-old son from school and were attempting to exit the freeway," the police statement said, before a maroon or red Toyota sedan cut across traffic and forced him out of his lane.

"The two drivers exchanged words when Torrez pulled out a gun and shot at the red truck driven by Lilly's father. Lilly was hit at least once in the head," the statement said.

Torrez is being held in the Bernalillo County Metro Detention Center on a $650,000 bond, police said.