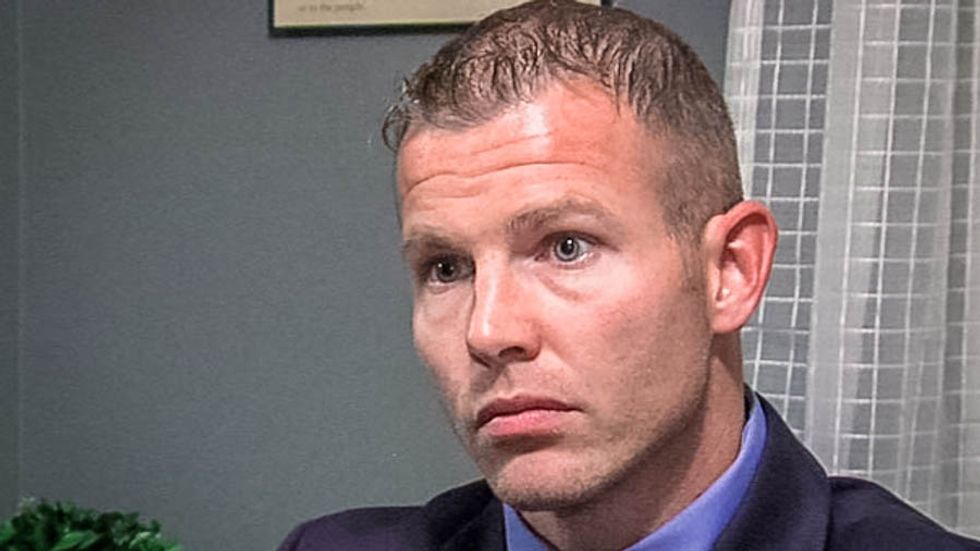 Missouri Republican state Rep. Rick Brattin this week called for legislation that would force Planned Parenthood to build a memorial to aborted fetuses.

According to KBIA, the most controversial proposal came from Brattin.

"We have 56 million babies that have been lost in the abortion service and industry," Brattin opined. "I think maybe requiring that Planned Parenthood set up some type of memorial, like a Vietnam Wall type [memorial]."

The lawmaker added: "I know that sounds crazy, but by state law [fetuses are] given human status, so should there be a human memorial attached to that human life?"

State Rep. Diane Franklin (R) argued that pathologists should be required to notify authorities "if they receive one of the aborted babies and there is something that should be there that's not there."

"Then we need someone at the Department [of Health] that is paying attention that it is flagged, so we can go back, trace it right back, just like you'd trace a package from Amazon, 'my package has gone missing,' and be able to identify what happened," she said.

Before Democrats walked out of the meeting in protest, state Rep. Stacey Newman (D) accused Republicans of leading "a witch hunt hearing, in terms of trying to find some type of legislation for the majority to file next year, which we know is a presidential election year."

Brattin, however, insisted that it was "absolutely not a witch hunt."

"We are fighting for human life. These pieces of fetal tissue are being sold on the black market," he remarked.

The Republican lawmaker came under fire last year after sponsoring a bill that would have required pregnant women to get the permission of fathers before getting an abortion.

Watch a video below of Brattin discussing his proposal last year.