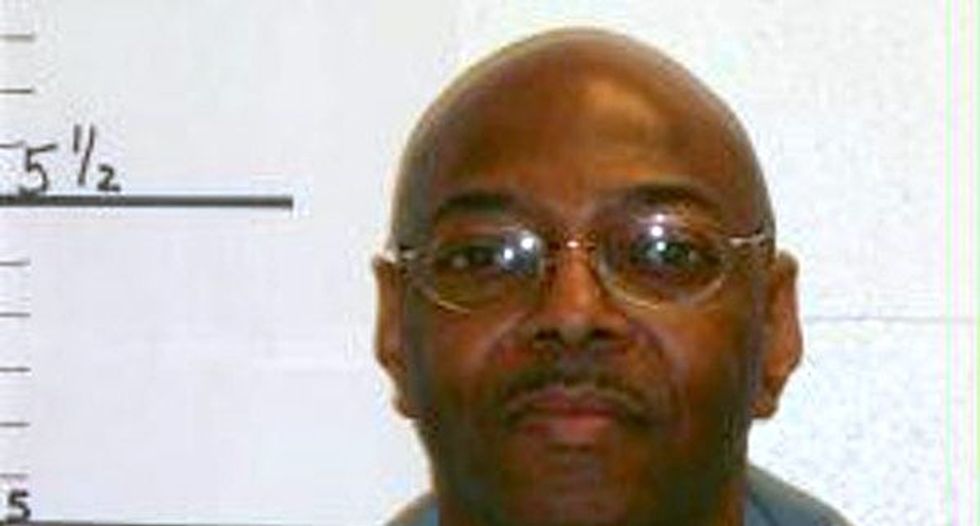 Kimber Edwards, who was convicted of hiring someone to kill his ex-wife in 2000, had his death sentence commuted by Missouri Gov. Jay Nixon on Friday, after a newspaper reported that the murderer now says he acted alone.

Edwards had been scheduled to die on Tuesday for his involvement in the death of Kimberly Cantrell.

In a statement, Nixon, a Democrat, said he was convinced that the evidence supports the decision to convict Edwards of first-degree murder, and that Edwards will remain in prison for the rest of his life.

"This is a step not taken lightly, and only after significant consideration of the totality of the circumstances," Nixon said.

Orthell Wilson, who had said Edwards hired him to kill Cantrell, has recently recanted his statement, telling a reporter that he had acted alone, according to the St. Louis Post-Dispatch.

Edwards confessed to the crime, but said at his trial and ever since that he was innocent, the newspaper said. His lawyers say Edwards had a form of autism that could have made him vulnerable to aggressive interrogation techniques, and led to a false confession, the newspaper said.

Elsewhere on Friday, the Oklahoma Court of Criminal Appeals granted a state request to halt three upcoming executions so it can examine a drug mix-up discovered about two hours before inmate Richard Glossip was to have been put to death earlier this week.

Oklahoma Attorney General Scott Pruitt filed the request on Thursday so the state could examine what went wrong with its execution protocols. Glossip's planned execution had received global attention with his case raising questions about whether the state may be executing an innocent man and about the drug combination Oklahoma plans to use in its lethal injection mix.

Oklahoma revised its death chamber protocols after a flawed execution last year when medical staff did not properly place an IV line on murderer Clayton Lockett, who was seen twisting in pain on the gurney. He died about 45 minutes after the procedure began because of an accumulation of lethal injection chemicals that had built up in his tissue.

A total of 22 people have been executed in the United States so far this year, including six in Missouri, according to the Death Penalty Information Center.

(Reporting by Mary Wisniewski in Chicago and Heide Brandes in Oklahoma City; Editing by David Gregorio)