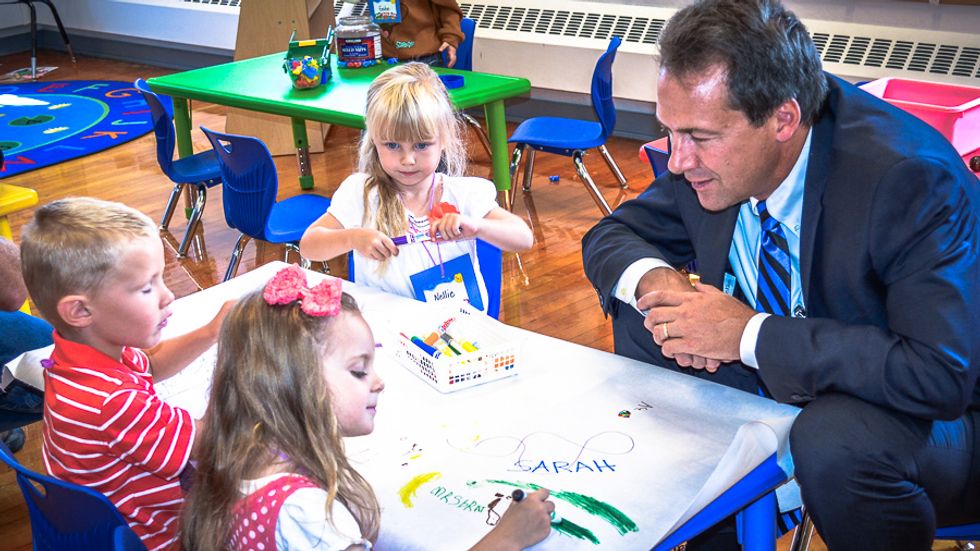 Montana Gov. Steve Bullock (D) recently took on Republican lawmakers who he said "might hate 4 year olds" after they called to block $40 million in federal pre-school grants because they said it was unfair to private schools.

Bullock, who has been pushing to take Montana off of the list of six states which do not invest in pre-schools, told teachers at a conference last week that he had been discouraged after receiving a letter opposing public pre-schools from about 50 Republican lawmakers in August, according to the Billings Gazette.

After Republicans killed a plan to add $37 million in pre-school funding in April, Bullock recalled thinking that Republicans hated him, not 4 year olds. But he said that he changed his mind after the most recent letter.

“I start to worry that some of them might hate 4 year olds too,” he admitted.

In the letter, GOP legislators argue that the “creation of government-provided ‘free’ preschools will most certainly drive existing private preschools from the market.”

The Republican lawmakers also lashed out at the "federal intrusion" into state education policies, calling the federal standards “insulting to the private providers who currently, and admirably, provide this service to willing parents."

But educators have pointed out that families must be below 200 percent of the poverty level to qualify for federally-funded preschools.

“Those aren’t the same students who are paying for private preschool,” Office of Public Instruction spokesperson Emilie Ritter Saunders.

A Center on Education Policy and Workforce Competitiveness study released in 2012, found that private programs in Georgia and Oklahoma were not negatively impacted when federal funds were introduced into pre-schools. In fact, overall enrollment increased in both states.

Ed. note: This story has been corrected to note that the Gov. Steve Bullock is a Democrat