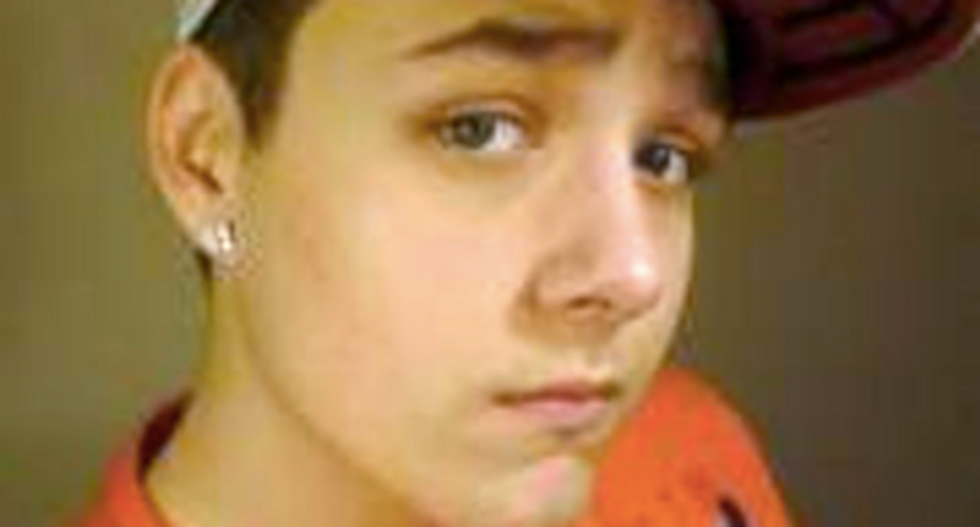 An Indiana University student was arrested on numerous charges after police said he attacked a Muslim woman at a restaurant.

Police said the 47-year-old woman was eating about 7:30 p.m. Saturday with her daughter at Sofra Café in Bloomington when a man started shouting ethnic slurs and other derogatory phrases, reported WTTV-TV.

The man, identified by police as 19-year-old Triceton Bickford, grabbed the woman by her neck, slammed her head into the table and tried to remove her headscarf.

Police said Bickford, a student at Indiana University, shouted "white power" and "kill them all" during the attack.

The woman's husband and another man wrestled Bickford to the ground and held him there until police arrived.

Bickford spit into the men's faces and continued making threats before his arrest, and police said the student tried to kick out the windows of the patrol car and bit an officer on the lower leg after arriving at the Monroe County Jail.

Police said Bickford registered a 0.195 blood-alcohol content, more than twice the legal limit for driving for anyone 21 or older.

Bond was set at $2,000, and more charges are possible in an attack that police said was racially motivated.

Bickford describes himself as a psychology major and philosophy minor at the university, and his Facebook and Twitter accounts reveal strong support for Sen. Bernie Sanders' Democratic presidential campaign.

He frequently posted articles supporting Sanders and the candidate's economic positions, and Bickford also complained on social media about racist and anti-LGBT conservatives.

"If I see one more, not so subtly, racist post shared from some random conservative page, my brain is going to explode," Bickford posted July 19 on Facebook.

He also weighed in on the debate over displaying the Confederate flag.

"If someone flew a Nazi flag and claimed it was about their heritage and not their bigotry, would you believe them?" Bickford posted June 23, punctuated by the shrug emoticon.

A search also reveals Bickford posted a racial slur for no apparent reason in March 2013 on the Facebook page for the Chinese restaurant chain Panda Express, and he also tweeted a complaint Sept. 27 about "loud foreign students" waking him up.