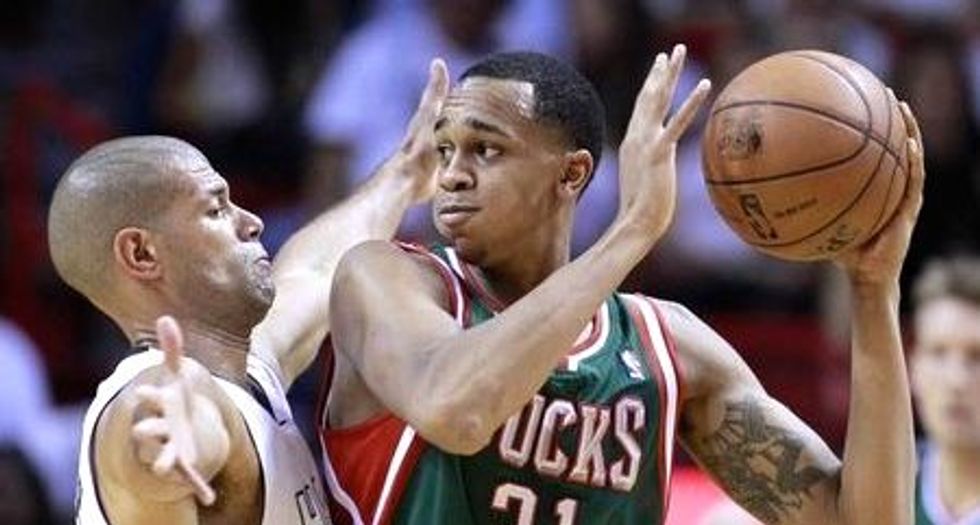 Milwaukee Bucks forward John Henson has accused a Milwaukee-area jeweler of racial profiling after its employees locked him out and called police when he went to the store to buy a watch on Monday afternoon.

The president of Schwanke-Kasten Jewelers issue a statement Monday night apologizing for the incident at the store in Whitefish Bay, a northern suburb of Milwaukee.

Henson, who is black, said in an Instagram post that it was "one of the most degrading" and racially prejudicial things he had ever experienced.

The 24-year-old NBA player said store employees locked the door and told him to go away, and then police questioned him and a companion outside the store about dealer plates on a red Chevrolet Tahoe he was driving.

After running the plates, police told employees "that it was safe" to open the door and let him in, Henson said. He and his companion were eventually let into the store, he said.

Young said the jewelers requested extra police attention for the Whitefish Bay store on Monday after a burglary over the weekend at a store in Green Bay.

Schwanke-Kasten President Tom Dixon said he hoped to sit with Henson and personally apologize for what he experienced.

"We all agree that racial profiling is never acceptable and deeply regret how the circumstances unfolded Friday and today," Dixon said in a statement.