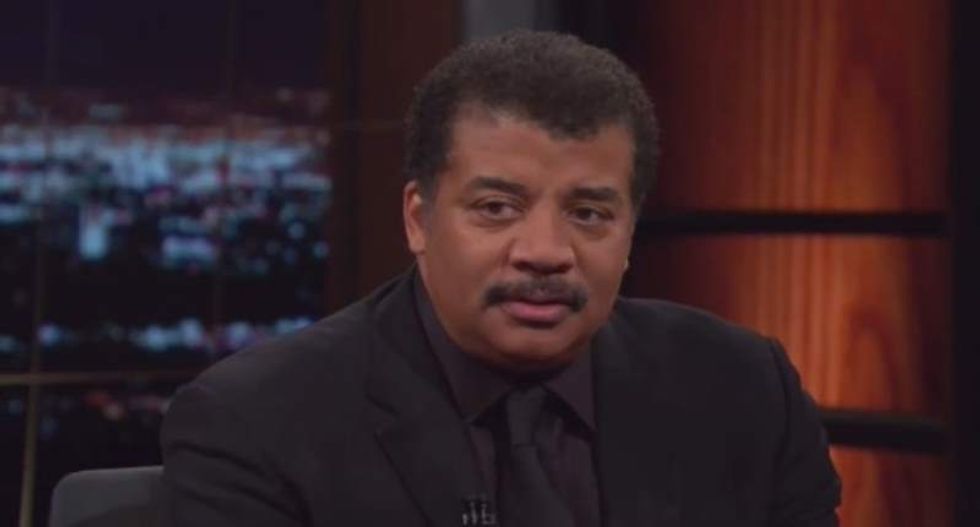 While astrophysicist Neil deGrasse Tyson largely refused to rip Ben Carson during Friday's episode of Real Time, he did admit to feeling uncomfortable with one of the Republican candidate's proposals.

"He basically is saying, 'I want you to pay 10 percent,'" Impact Strategies CEO Angela Rye explained to host Bill Maher. "So his new tax plan is for everyone to pay 10 percent because that's what you do in church."

"You know what spooks me a little bit about that?" deGrasse Tyson interjected, before adding that it was Carson's use of religious doctrine as the basis for an economic platform.

Carson first mentioned the 10-percent flat tax idea this past May, openly stating that it was based on tithing. However, the plan was quickly criticized by economists.

At one point in the discussion, deGrasse Tyson chided Maher for describing the former John Hopkins neurosurgeon as a "smart stupid person."

"Maybe he's smarter than you think, because he's rising in the polls, so it's working," the Star Talk host said. "You're arguing with a politician as though facts matter to what a politician says."

DeGrasse Tyson said it was a "luxury" for Maher to criticize Carson when the host was not running for office.

"I don't beat politicians on the head. You know what I do? I'm an educator," deGrasse Tyson explained. "So my task is to educate the electorate."

"And the rest of us are a*sholes if we're not running for president?" Maher asked.

"Maybe you should be attacking the people who are voting for him," deGrasse Tyson countered.