New York police to document every single officer use of force 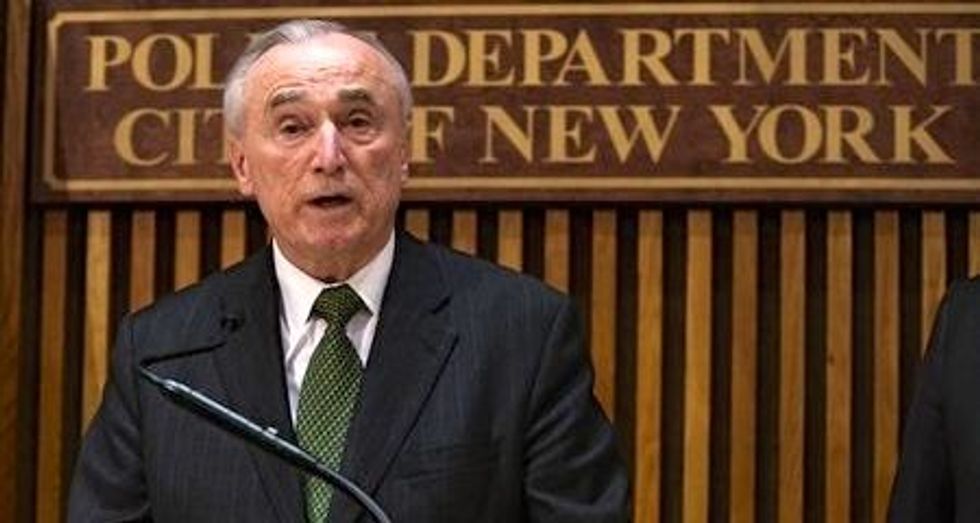 New York Police Commissioner Bill Bratton on Thursday unveiled sweeping new rules under which officers must document every time they use force - not just in arrests but also in brief encounters with the public - amid a national outcry over police violence.

The guidelines for the department, the largest U.S. police force with more than 35,000 officers, will go into effect in early 2016. Bratton said they may serve as a national template for reporting and investigating use of force.

“The sanctity of human life has to be something that we consistently seek to respect,” Bratton said at a news conference at police headquarters.

The new policies will result in “significant reductions in the use of force by our officers,” he said.

The mandates have been under review for the past year, during which demonstrators decried police violence against unarmed black men - from the chokehold death of Eric Garner on Staten Island in July 2014 to the mistaken identity apprehension of former U.S. tennis star James Blake last month in Manhattan.

That could include a hand strike, a baton blow or many of the tactics police use in brief but sometimes violent instances of detention and release, such as the incident in which Blake was slammed to the ground by police mistakenly taking him into custody.

The department currently tracks and studies shootings, and, as a result, officers have clear rules that have resulted in more restraint than ever, Bratton said.

"We are now applying the same policy, oversight and training principles to all uses of force, not just firearms," he said.

The expanded data, including information about race, will be analyzed for a better understanding of ways to de-escalate encounters whenever possible, he said.

On Thursday, NYPD Inspector General Philip Eure said in a report the department has done a poor job defining and tracking the use of excessive force and rarely disciplines officers found to have used too much force.

The new guidelines also detail when officers should draw a gun. Last year, an unarmed man, Akai Gurley, was shot by an officer patrolling a Brooklyn housing complex with his gun drawn. Under the new policy, officers will only be allowed to draw a gun when they believe they are in imminent danger.