Noah rips $20 million Benghazi probe: Not even Michael Bay blows that much on something with no plot 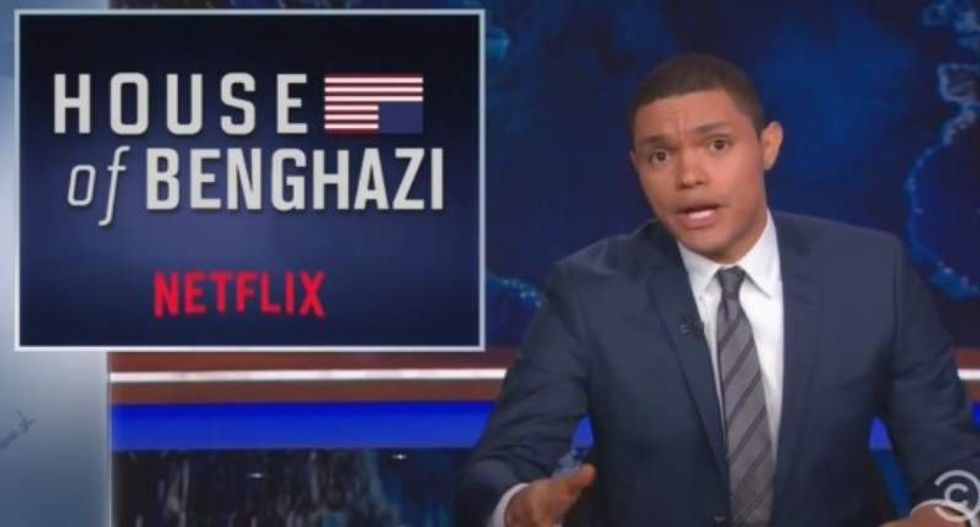 "Bravo, Congress," he said. "You're the only institution that can spend more money on something with no plot than Michael Bay."

Noah showed a clip of Bay's film 13 Hours, which purports to show the "secret soldiers" in action during the fatal September 2012 consulate attack that spawned the investigation, which turned into several investigations.

"Maybe you should wonder if you're overdoing when you have more sequels than Fast & The Furious," the host said.

He also needled the committee's chair, Rep. Trey Gowdy, (R-SC) saying he looked like "a baby possum on picture day at school" and described one of his hairdoes as what would happen if "someone put Anderson Cooper's face under a heavy book overnight."

Noah also admired Clinton's demeanor during the hearing, particularly the moment when she responded to a question by mentioning her book and offering to send it to committee members.

"That is gangsta," he gushed. "Hillary's promoting her book in the middle of a hearing that could end her political career."