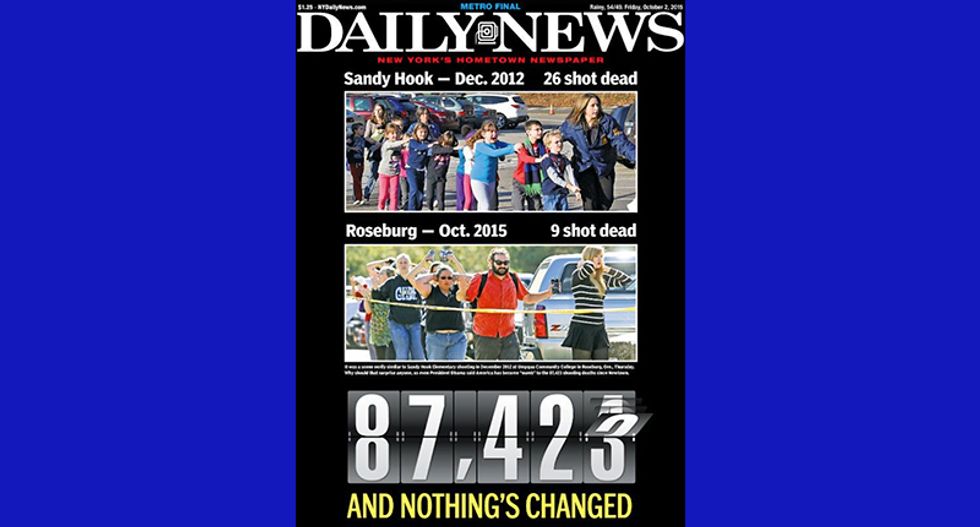 The New York Daily News will devote its front page on Friday to highlight the lack of progress in improving gun safety regulations with photos comparing the mass shootings at Umpqua Community College and Sandy Hook Elementary, attn.com reported.

The cover shows photos of people being evacuated from each school, while listing the number of people killed during each attack: 26 at Sandy Hook and 9 at the college. The gunman in each massacre also died.

Underneath the pictures, a counter showing 87,423 -- the number of people shot and killed in the US since the December 2012 attack at Sandy Hook -- above the words, "and nothing's changed."

CNN producer Jonathan Wald posted the full cover on Twitter, which can be seen below:

Earlier in the day, President Barack Obama denounced what he described as the routine nature of such attacks, criticizing lawmakers for failing to advance gun safety bills even when polls after the Sandy Hook shooting found such legislation enjoying widespread support among Americans.

"This is something we should politicize," Obama said.