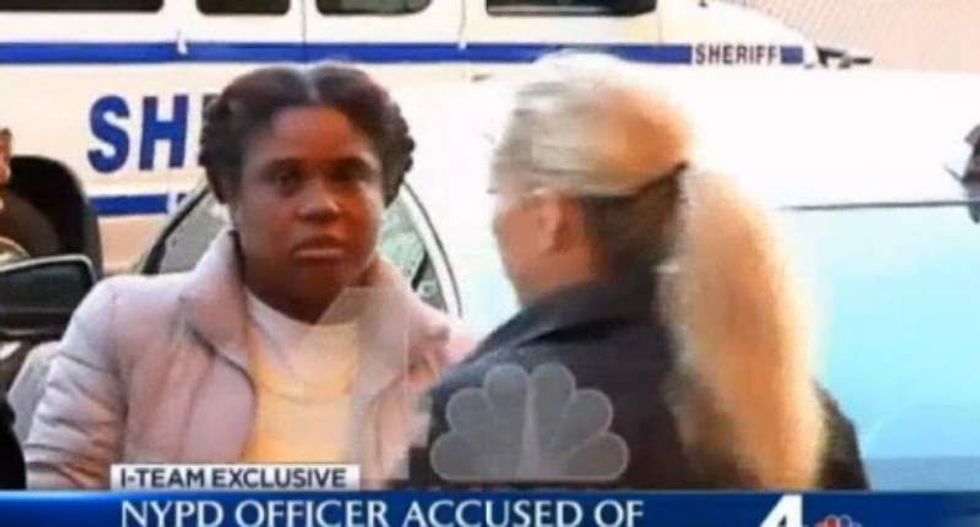 A New York City police officer was indicted on Monday on charges including perjury and grand larceny for allegedly stealing a property in Brooklyn from a dead woman's family, DNAInfo reported.

Prosecutors said that 45-year-old Blanche O'Neal filed a false deed on the property in July 2012, saying that she bought it from Colie Gallman for $10,000. Not only was Gallman's signature forged, they said, he was identified as the "sole heir" to Lillian Hudson, the former homeowner. Hudson died in 1993.

Last September, O'Neal also identified herself as the property's owner while testifying during a burglary trial concerning a generator stolen from the premises.

"Her brazen actions have unraveled and she will now be held accountable," Brooklyn District Attorney Ken Thompson said. "That she is a veteran NYPD officer makes this alleged crime all the more disturbing."

The officer's actions came to light, officials said, when Gallman and three relatives tried to sell the property and found the false documents.

O'Neal, a 12-year veteran of the department, was also charged with criminal possession of a forged instrument and filing a forged instrument. She has been suspended without pay and pleaded not guilty to the charges in a court appearance on Monday.

Watch a report on O'Neal's arrest, as aired on WNBC-TV, below.