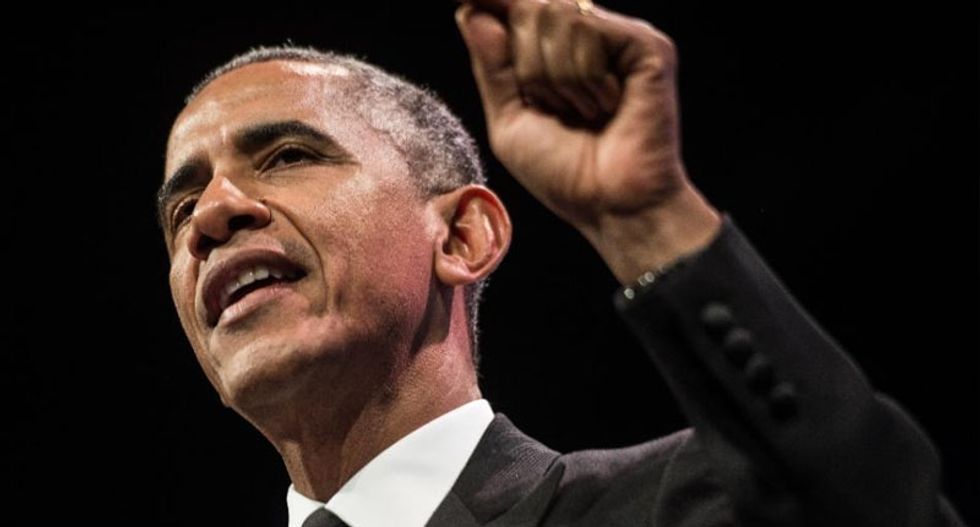 President Barack Obama will tell police chiefs on Tuesday that stricter gun control would reduce the number of police officers shot down on U.S. streets, in his latest call for reform of laws that govern the use of firearms in America.

Obama is scheduled to speak at a major conference of police chiefs during a turbulent time for the law enforcement community, with a new U.S. Justice Department report expected to be issued at the gathering on ambush attacks on police.

"It’s time to be honest: fewer gun safety laws don’t mean more freedom, they mean more fallen officers. They mean more grieving families, and more Americans terrified that they or their loved ones could be next," Obama will say, according to prepared remarks released by the White House.

Obama will say that he refuses to "accept the notion that we couldn’t have prevented some of those murders, and suicides, and kept more families whole," despite Americans' differences about the constitutionally protected right of citizens to bear arms.

A spate of high profile deaths of black men at the hands of police in Missouri, New York and elsewhere, coupled with a spiraling number of police deaths, has rocked the law enforcement community and highlighted racial disparities.

A dozen police officers have been charged with murder or manslaughter this year resulting from shootings. That is an unusually high number, up from an average of about five a year from 2005 to 2014, according to academic research.

At the same time, FBI Director James Comey has said in recent days that fear of being accused of brutal tactics has sent a "chill wind" through law enforcement in the past year, making police less effective at cracking down on violent crime.

Obama will say political candidates, cable news coverage and people using Twitter have unnecessarily played up tensions between police and civilians. "I reject any narrative that seeks to divide police and communities they serve," he will say.

The president is seeking support in Congress and among police for measures to reduce high U.S. incarceration rates and reform sentencing guidelines for non-violent offenders.

The Justice Department released a report at the conference of the International Association of Chiefs of Police on ambush attacks against police. It said mental illness and extremist ideologies play key roles in attacks, which have been rising since 2005, though there are fewer than in the 1990s.